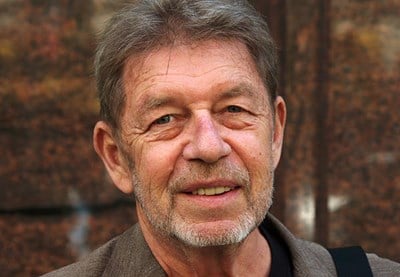 "You’re taking these little symbols called words and making pictures out of them, making scenes and drama, and creating emotions with them.” 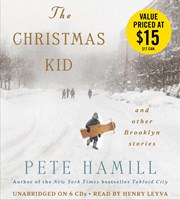 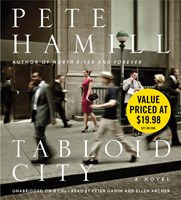 Pete Hamill closed the computer on his new novel, FOREVER, just before midnight on September 10, 2001. Less than 10 hours later, his fresh manuscript, “covering more than 350 years of Western civilization, as recounted through the eyes of its central character, writer Cormac O’Connor,” was already outdated, overtaken by events. But as the veteran New York City newspaperman and his wife watched clouds of smoke billow from the World Trade Center, all his reporter’s instincts were riveted on getting that story out as thoroughly and vividly as he could.

Later, he reflected that he had placed Cormac’s love interest in a law office on the 84th floor of the North Tower in his novel’s climactic chapters, and he knew he had some rewriting to do. “The events of September 11 had to be organic to the life Cormac led before and to the life he carries with him through that wounded city on those days and nights right after. It took me a year to re-create the book.”

With his heightened commitment to his reportage as the war in Iraq began, it took Hamill weeks to find a brief breathing spell to listen to the audio version of his novel. When he did, he was bowled over. “I was delighted... I just surrendered to the thing,” he says. “You don’t really know how many times you’ve rewritten a paragraph, going over that language. But listening to it, I got carried along. I thought to myself, ‘Gee, now what happens?’ ”

“I love the little brushes of music here and there,” Hamill continues, “particularly at the outset of the production. It really set up the sense I was trying to convey in language—the Celtic sound of the music.” And narrator Stevie Ray Dallimore “has a variety of accents that work very well.” Most of all, though, he stresses, “the cuts in the abridgment were intelligent. You don’t feel like something had been gouged out of the book.”

Hamill hails the audiobook medium for what he terms “the personalizing of the imagination.” He views listening to books as not unlike the pleasures he got from listening to radio serial dramas while growing up. “You hear my words, and then you bring your life to those words. You’re making the pictures, just as radio once suggested pictures and you imagined where people were. If it was Captain Midnight on a desert island fighting the Red Shark, you invented the pictures. That’s why I feel that audiobooks are close to the reading experience. You’re taking these little symbols called words and making pictures out of them, making scenes and drama, and creating emotions with them.”—Michael J. Bandler