“I listen to audiobooks every day at the gym. I select them based on their ability to transform me to another land, to take me away from the drudgery of being on the treadmill.” 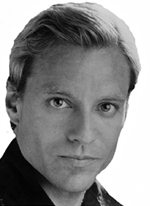 Richard Hack is no stranger to audiobooks. “I was in on the ground floor and have long been a pro-ponent of them,” says the one-time Vice President of Creative Affairs at Dove Audio. “I listen every day at the gym. I select them based on their ability to transform me to another land, to take me away from the drudgery of being on the treadmill.”

People sometimes question the value of audiobooks. “They think it discourages reading, when I’ve found just the opposite. Regardless of the reason they start listening to an audiobook, whether it’s because they’re too busy or they’re just too lazy to open a book, it always seems to lead to more reading.”

HarperCollins put Hack together with Robert Maheu, the former advisor and “alter ego” of billionaire Howard Hughes, to complete the memoir NEXT TO HUGHES in 1992. “Much of the information that got me launched into the Hughes investigative process came from Maheu.”

Under various names, Hack has written cookbooks, children’s books, science fiction, astrology, and numerous biographies. HUGHES: THE PRIVATE DIARIES, MEMO’S AND LETTERS, Richard Hack’s 28th title to be done on audio, was released both in abridged and unabridged formats. “I did the abridging myself. If it’s done well, you shouldn’t be able to tell that anything has disappeared. In this particular case there’s an enormous amount of material that’s gone. You get a complete picture of the man, but you don’t get nearly the detail, and you certainly don’t get the writing style.”

Next up for Richard Hack: a dual biography of Ted Turner and Rupert Murdock and their effects on American news.—Steven E. Steinbock