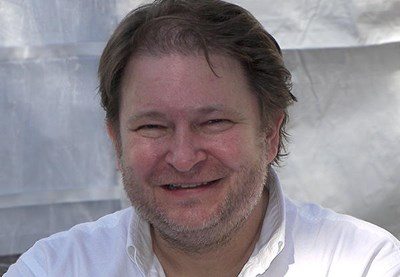 “I write for three reasons. One, because I can. Two, you can change a lot...you can affect so many people’s lives with a good story. The third reason is that it’s just got to come out somehow." 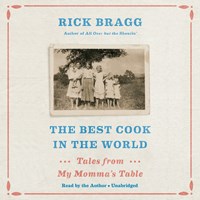 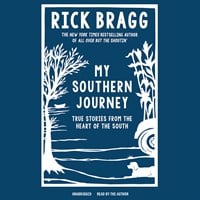 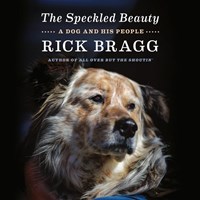 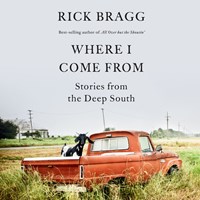 Rick Bragg’s northern Alabama accent is muted by seven years of working for The New York Times. But it comes out, especially when he gets emotional, and even more so when he becomes passionate, which he does when he talks about his writing. “I write for three reasons,” he says. “One, because I can. Two, you can change a lot. I’m not talking about my life, but you can affect so many people’s lives with a good story, whether it’s fifty pages or one. That’s how you know that what you do is important. The third reason is that it’s just got to come out somehow. That anger and that chest-thumping pride in your people has to come out. A book is just a rectangular yell. It’s a scream sometimes.”

Bragg is best known for ALL OVER BUT THE SHOUTIN’, which discusses his childhood and is a profile of his mother and her strength. But readers often ask him where his mother got her strength. “I tell ’em from her daddy.” But Bragg didn’t know his grandfather, Charlie Bundrum, who died a year before Bragg was born. So he started talking to people, writing down their recollections. He set out to build himself a grandfather. He once went to a family reunion and never got a chance to sample his aunt’s famed cooking because relatives were lining up to tell him stories about Charlie.

The result is AVA’S MAN.

“The main reason I went back to my family for this book was because people who read the first book insisted on it. They wanted to know more about my mother, who she was, where she came from, what gave her her backbone. And the answer to that was her daddy, Charlie Bundrum. This was a chance to help pay back all those people who liked the first book and found something of value in it. I don’t know if I ever will write about anyone else in the family or not. I’m not sure we’ve got anybody else interesting enough to carry a book. I know I’m not!”

Bragg reads the book on audio. And there might not be a more perfect reader. His voice is clear, and the accent authentic. But more importantly, the emotion and the caring ring true. Many journalists will tell you that they write to be read aloud because it’s clearer and easier to understand. Bragg often does readings from his own work. But those didn’t prepare him for the hard work of recording AVA’S MAN. “I’ve never been intimidated or frightened reading in front of an audience. But it’s intimidating to sit down in front of a microphone and read from your own work. You, of all people, should know how to do it, but it’s a difficult process. And when you finally get it done and it makes sense and it sounds good and it sounds like you, then you’re pretty proud of it. But it is hard. It’s very hard.”

Three of Bragg’s favorite authors are Carl Hiaasen, James Lee Burke, and Larry McMurtry. All are Southerners, and all rely on an efficient but acutely visual style that translates well to audio. Bragg says, “I usually listen to audiobooks when I’m in the car, when I have about a million miles to go somewhere, and there’s not much of anything to do but hold it from goin’ in the ditches and listen to some good writing. One of my favorite authors is Carl Hiaasen because you get a good, clear, funny story, and you can just laugh yourself to death.” He adds, “The last vacation I had I read DIXIE CITY JAM by James Lee Burke, and I thought, ‘Jesus, Pete, this guy just rocks and rolls!’”

Bragg is proud of AVA’S MAN not just for its writing, but for the fact that he was able to record family stories that otherwise would have been lost. “Recording an oral history,” he says, “is probably the most valuable thing you can do. I’d like to think that someday a generation or two from now maybe my kinfolk will be listening to this thing. I hope they read the book. I hope they listen to this. One of the nice things about this is that they can hear it in my voice. I may be dead and gone by the time future generations hear it. The way I’m feelin’ right now, I may be dead and gone before this generation hears it. We’ll see what happens.”—Rich Gotshall