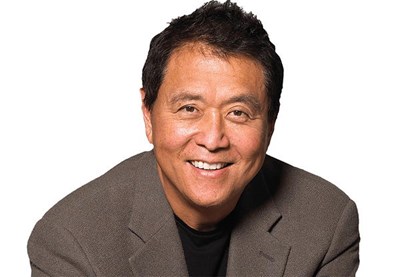 "If reading a book is tough, the tape or audio will give me an overview, and then I can go back into the book."

RICH DAD, POOR DAD was the first of a series of books and audios by Robert Kiyosaki that have revolutionized the way people think about money. Written in collaboration with CPA Sharon Lechter, they’ve helped people all over the world change from being employees to owning assets like businesses, real estate, intellectual property, and stocks. The New York Times bestseller for four years running was the outgrowth of a learning habit that really began when Kiyosaki returned from Vietnam in 1976. He bought a new car that had a brand-new gadget in it—a cassette player.

"I didn’t have a cassette until this woman gave me this great tape on spirituality and money. For about five months it was the only tape I had. It spurred me to take a look at what I did and what I liked to do."

Like a lot of entrepreneurs, Kiyosaki was better at starting businesses than he was at school. "What I liked was the seminar circuit—it was happier, more alive and positive, and they had some freaky ideas that caused me to think." A pivotal experience was a 1981 California seminar by R. Buckminster Fuller. "He spoke on the future of business for five days. He slipped me into a new world."

But Fuller’s influence didn’t kick in until 1984. "I was still in manufacturing, and one day I went to see my factory in Korea and saw what they were doing to kids. At that point, my conscience spoke to me, and I quit. I didn’t really know what I was supposed to be doing, and then, sitting really quietly, it was like a voice talking to me, saying, ‘You won’t get rich until you teach others to get rich.’"

Soon, manufacturing gave way to teaching business principles to small groups. "Then it grew to 11 cities, and I was the product, and then I realized that this was not the way to do it. I had to put it into book form." That’s exactly what Kiyosaki has done with the Rich Dad books and audios, the "Cash Flow" board game, and a growing list of excellent titles by other experts—the Rich Dad’s Advisors series.

"Writing the first book was the hardest thing I ever had to do. I was a poor writer and poor reader." But Kiyosaki enjoys writing now and is a voracious reader—and audio listener. "If reading a book is tough, the tape or audio will give me an overview, and then I can go back into the book."

Speaking from his home in Phoenix, Kiyosaki is pumped about his latest audio release and the one he’s writing next. "I can’t stop talking about it. My wife says ‘Oh, you must be working on a new book.’"—Thomas Walken