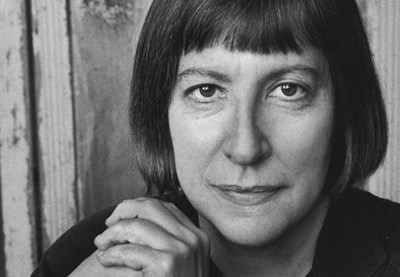 "S.J. Rozan is a buffet of delightful contradictions. Her books are probing and profound, but like her namesake, S.J. Perelman, her humor is witty and infectious." 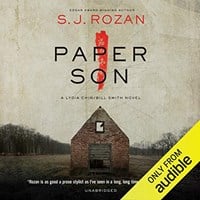 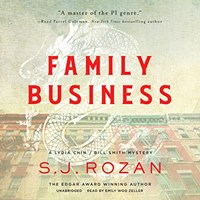 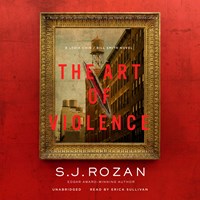 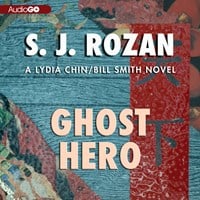 S.J. Rozan is a Chinese buffet of delightful contradictions. Her books are probing and profound, but like her namesake, S.J. Perelman, her humor is witty and infectious. This pint-sized New York architect is neither Chinese-American nor a macho male, but she writes effectively and credibly from both points of view. Of her five novels, three are written from the perspective of Chinatown private eye Lydia Chin, and two from that of corn-bred tough guy Bill Smith. NO COLDER PLACE was nominated for a Shamus Award and won the Anthony for Best Novel in 1997.

Rozan’s first story to be recorded was FILM AT ELEVEN (from the anthology Deadly Allies II, Brilliance Audio), read by Sheila Hart. “I thought she was fabulous. Especially with Lydia’s mother. Bill didn’t sound like what I thought Bill should sound like. But Sheila’s interpretation of Lydia and her mother were so good that I couldn’t tell myself that she had it wrong. For all I know, she had Bill right, and I have him wrong.”

The novelette A TALE ABOUT A TIGER has appeared only in audiobook format, as part of Otto Penzler’s Sounds Like Murder series. Rozan was very pleased with Patricia Kalember’s interpretation of the characters. Echoing the sentiments of many authors, Rozan prefers to see her work unabridged. She admits that it’s daunting when “the reader is faced with 77 tapes, but I just think it’s better as a writer and a listener.” She described the experience of listening to an abridged audiobook. “I thought it was jumpy. The bridges are what are left out. Where there is a high level of tension, you don’t get the relief and the buildup and the explanation to get you to the next level.”

Rozan has the unique arrangement of having Smith and Chin switch off the role of lead character from novel to novel. As a result, the series stays fresh for the author, and interesting for the reader. “I/we get to see each of them through the other’s eyes. It’s hard, when you’re writing in the first person, to convey to the reader who the protagonist really is, as opposed to who he or she thinks he is. Lydia is me as I was when I was her age. She’s optimistic and full of energy. She believes that the world can be saved. And she’s just the one to do it. She’s so up that she drives me nuts.

“Bill, on the other hand, is me as I am now—on a bad day. He’s been through enough bad stuff in his life that he knows what can’t be done. Things only go from worse to worse. His books are darker, and the subjects he deals with in his books are weightier than the ones Lydia deals with.” Rozan’s ideal performer to play Smith is “a young Robert Mitchum.” Barring that, she’d settle for Kevin Spacey or Ed Marino. “Bruce Willis has a certain appeal. Or the Al Pacino from Sea of Love.”

Although she’s never recorded one of her own books, Rozan enjoys public readings. “I’m in a writing group, and we all read out loud. I’ve read all my books at least three times. That’s what we do. You read out loud, they tell you what works and what doesn’t, you go back, you bring it in again, you read it again. By the time I get to do readings at bookstores, I can read anything. Nothing intimidates me.”

Would she ever consider reading one of her own works for an audiobook? “I think I’d enjoy it. I don’t know why anyone would hire me, but I’d love to do it.”—Steven Steinbock