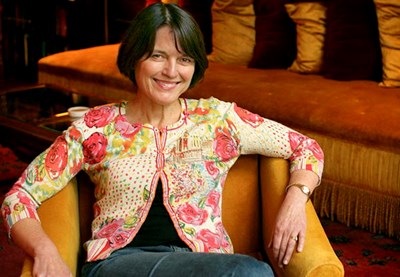 "All versions have taken a subject that people don’t want to talk about and brought it into mainstream conversation. That’s what matters."

Sylvia Nasar, author of A Beautiful Mind, the biography of the Nobel Prize-winning mathematical genius John Nash, has been radicalized on the subject of mental illness. It’s a turn of events that surprises her. “I came to the book because of the mathematics,” explains the former New York Times economics correspondent, now the Knight Professor of Journalism at Columbia University. “I knew nothing about schizophrenia, and I’ve learned so much. Do you know that three million people suffer from schizophrenia in the U.S.?” She shakes her head. “It’s the sixth leading cause of disability in the world.”

“There are many stories about a brilliant rise and tragic fall. There are very few of those stories with a third act, and that’s what this has. As my editor, Alice Mayhew, said, it’s a drama about the mystery of the human mind in three acts: genius, madness, and recovery,” says Nasar. “Nash survived an unbelievably bleak and desperate three decades to recover and get the acknowledgment that he had long been denied. And he did so with the help of a handful of people for whom his illness never destroyed their admiration. That’s what made this story so extraordinary.”

Writing that extraordinary story, says Nasar, was an “incredibly absorbing project.” Simply gathering the facts of Nash’s life was a challenge. “Because of his illness, Nash’s life had been scattered to the four winds.” He had none of the documentation that other laureates have, and due to his illness, “people who knew him were very protective.”

In addition, says Nasar, “Nash’s life was a window on the intellectual history of the 1950s and the Cold War, on a particular generation of mathematicians and economists, and on the world of mental illness in the 1960s and ’70s.” In order to convey the significance of his story, she had to delve into all those fields. “It was a terrific challenge. And it made it incredibly stimulating intellectually, as well as interesting from a reporting point of view.”

Nasar is delighted that the story of Nash’s slide into and recovery from psychosis is being told in so many media, including the recent film and several audiobook versions of her book. She approves of both the Blackstone Audio unabridged and the Simon & Schuster Audio abridged versions; she was particularly impressed with Simon & Schuster’s “sensitive” abridgment and Edward Herrmann’s reading. All versions—book, film, and audiobooks—have, she says, “taken a subject that people don’t want to talk about and brought it into mainstream conversation. That’s what matters. There are very few stories that a journalist comes across that are as meaningful, and at the same time, as intellectually rewarding. This was a lovely gift.”—Aurelia C. Scott