"When I’m writing, particularly when I’m rewriting, I tend to hear the words. It’s almost a sub-vocal music, a lyric sense of cadence that I am listening for. Writing definitely has an audio component for me, which makes it right for reading aloud.” 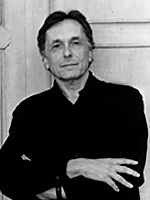 When Tony Cohan, author of ON MEXICAN TIME, heard that Random House Audio planned to record a version of his memoir about relocating to the Mexican mountain town of San Miguel de Allende, he decided to audition for the job of narrator. “In the case of a memoir, if an author is a reasonably credible narrator, I prefer to hear the author do the reading. I thought others might feel the same. To be honest, I also wanted to protect the language, the cadences of my own prose,” he explained in a recent interview. “I’ve read my work on National Public Radio, so while I am an amateur reader, I knew I wasn’t a rank amateur.”

Random House Audio agreed, and the next thing Cohan knew he was in a recording studio with freelance producer Bob Walter. They recorded full-time for two and a half days. “As a writer, I spend most of my day in silence, so to spend two and a half days speaking was amazing. I drank a lot of tea and used a lot of throat lozenges.” Despite the threat of a hoarse throat, making the recording was interesting—and an unexpected learning experience. “It turns out that there are a few words that I use regularly in my writing, words that I’ve read silently for years, that I don’t know how to pronounce. That’s probably true for everyone. But when we were recording, the producer would hold up his hand every once in a while and say, quite kindly, ‘Let’s stop for a minute and look that word up.’”

Cohan abridged, as well as narrated, the audio version of his book. “When I realized that Random House planned to record an abridged version, I asked to do the abridging rather than just review the results.” Removing 30 percent of the text wasn’t easy, although the episodic structure of the book was helpful. “Obviously, I had to decide what to take out and what to leave in. I ended up removing entire sections, rather than fiddling with each section. I found that I was taking out some of the edgier, more troubling scenes, and scenes that fell outside the main story line in San Miguel de Allende.”

As he worked, Cohan thought about the differing needs of listeners and readers. “A reader can hold the three-dimensional quality of a book’s structure in mind more easily than a listener, who has to stick with the linear aspect of a book in audio format. A reader can skip around and reread easily, which a listener cannot do. So, I tried to create an abridged version for audio that has a simpler structure while not losing the core of the book. I gave the listener a smoother journey than the reader of the book experienced.”

Now that the project is finished, Cohan has a confession. He has never listened to the complete recording. “Like many people, I find it distracting to listen to myself on tape. So, when the tape came out, I listened to the beginning—just enough to find out if it sounds okay. I decided that my reading seems to carry the narrative flow of the story, and then I stopped listening.” Cohan chuckles at his behavior. Yet his avoidance of the finished product would not keep him from a second visit to a recording studio. “I would certainly be interested in narrating another of my own books. When I’m writing, particularly when I’m rewriting, I tend to hear the words. It’s almost a sub-vocal music, a lyric sense of cadence that I am listening for. Writing definitely has an audio component for me, which makes it right for reading aloud.” —Aurelia C. Scott