"Arkin finds audiobooks enjoyable and, in the wide-open spaces of the American Southwest where he lives, a way to make long drives shorter." 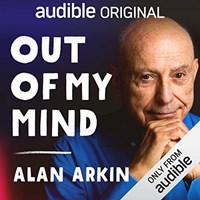 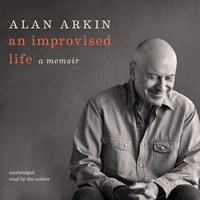 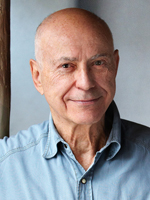 Alan Arkin lives a life full of creative adventures. The Academy Award-winning film actor (”Little Miss Sunshine,” “Edward Scissorhands,” “Wait Until Dark,” “Catch-22”) is also a Tony Award-winning Broadway performer (Carl Reiner’s Enter Laughing) and an improvisational comedy veteran, as well as a writer, director, and teacher. All of these ventures and more are the foundation of his new book, AN IMPROVISED LIFE.

Arkin was born in New York City, and at the age of 5 he announced his intention to become an actor. “Acting was a fever in my blood,” he recalls. “The decision was made. There was no turning back.” His family soon moved to Los Angeles, where he attended junior and senior high school. Through a series of unusual events he became a student in Bennington College’s theater program, then became a folksinger touring Europe, and soon performed with the earliest manifestation of Chicago’s famous Second City improvisational troupe.

It was at Second City that Arkin learned to value the power of improvisation. Although Broadway and film roles soon followed, he truly found his moment in improvisational acting. He began teaching improv workshops--which, he stresses, were not acting workshops--whenever he could.

The diverse stories recalled in his memoirs generally focus on the creative process, acting, and the mind of a performing artist. He describes his instinctive approach to acting and the ways in which he enticed uncertain workshop participants out of their shells. “I didn’t intend to write a book. It was kind of improvisational. The first thing I wrote was about my experience teaching Native Americans in a junior college workshop in Santa Fe. The experience was complex and deeply moving. It was beautifully executed by the kids. It was so extraordinary that I wrote to remember. I started to write what happened in other workshops, and the book evolved out of that.”

Arkin finds audiobooks enjoyable and, in the wide-open spaces of the American Southwest where he lives, a way to make long drives shorter. Recording his
audiobook, however, was a peculiar experience for him. “It was strange and not really comfortable. I had written the book over a number of years. I felt like I was playing a character who was me, but I was pretending to be me from five years ago and not the me I am today. It was not as spontaneous as I would have liked.”

Currently taking some valuable time off between projects, Arkin continues to find music to be a vital influence on his life and work. He mentions Beethoven as a key musical influence. Bartók, Stravinsky, and Prokofiev are also composers of note in his life, as are Miles Davis and other jazz notables.

He begins the telling of his life story with a warm remembrance of the brilliant Madeline Kahn, a talented actress, pianist, singer, and comedienne. When asked what she first wanted to do with her talents, Kahn replied that she didn’t want to be a singer or an actress or a comedienne. Instead, being a person who listened to a lot of music, she had decided she wanted to “be the music.” Arkin says her statement had a profound effect on him. “It was the impulse behind all of my creative interests and was at the bottom of all my explorations as a creative artist. That statement means the same thing to me today as it did when she first said it.”

For Alan Arkin, “being the music” stills guides his creative adventures every day.--Martie Ramm Engle