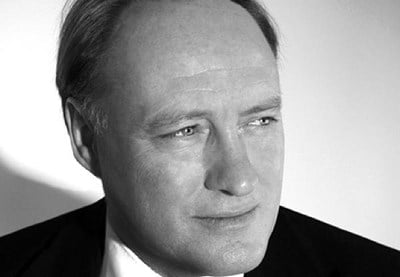 "I much prefer listening to seeing because it’s so obviously a richer experience. It expands the brain power.” 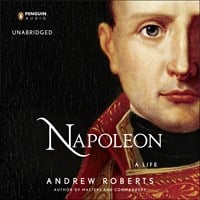 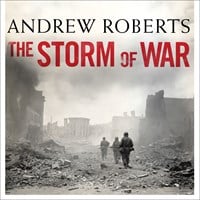 Andrew Roberts’s biography NAPOLEON: A LIFE, one of last year’s most readable and satisfying biographies, has now produced one of its most memorable audiobooks. Professor Roberts spoke with AudioFile in early December, shortly after his book’s publication, on a day he was conducting--did he say 17?--other phone interviews. He couldn’t have been more gracious, patient, or forthcoming.

He hadn’t yet received or heard any of the audio production of Napoleon and wasn’t familiar with the narrator, John Lee.

Roberts and his wife, public relations executive Susan Gilchrist, are themselves regular audiobook listeners. “On long journeys. We take our vacations where not many people take their vacations--to the Dakotas, Mississippi, Tennessee, Montana, Oregon, long journeys by car.”

Who are their favorite authors?

“American ones--William Burroughs, Ernest Hemingway, Steinbeck; American fiction by and large is our thing. The Hemingway was MEN WITHOUT WOMEN. Turned out I’ve never read OF MICE AND MEN, so we listened to that.”

Roberts is a well-known lecturer, so the obvious question is why didn’t he narrate his biography himself?

“Because no one asked me! I would loved to have. I’m going to be more pushy next time. It might be that my voice might be considered too English.”

“I don’t think it grates, my voice, but certainly nobody’s ever asked me to do it. Do you think people like to hear the author’s voice?”

“Well, I jolly well should have.”

There have been many biographies of Napoleon, but this one has an immediacy and a close-up focus that are unique. “Well, if you could say that in your write-up, I’d appreciate it. I think it was fortunate that this was the first single volume about Napoleon in English since the publication of all his 33,000 letters. What was eye-opening for me was the way he was able to compartmentalize his mind, so that whilst he’s moving his armies across Europe, and sending out letters to generals and marshals about where their forces should be, he’s writing to the prefect of Genoa not to take his mistress to the opera and setting regulations for a girls’ school outside Paris.”

More than in most histories, one feels empathy between the author and his subject. Upon finishing, you’ve visited two dozen of his battlefields, fired a Napoleonic musket, written with a lock of his hair on your desk.

“Yes, I think there is something tangible, something physical, about writing a biography of a great man who is an iconic figure. I wrote while I was at Cornell visiting, teaching. I kept a lock of his hair on my desk. I also have a bust of Napoleon with his arms crossed looking down on my keyboard. And you know how freezing Cornell is. As I started writing the retreat from Moscow, I looked out the window, and it had started snowing for the first time. All in all, it is quite a wonderful thing to be surrounded by things related to Napoleon.”

In parting, the subject of the audiobook came up again. “I think it’s like radio is so much superior to television, because it extends the imagination. Audio listening does the same thing--it forces your imagination to work overtime, in the way television doesn’t allow. My feeling is I much prefer listening to seeing because it’s so obviously a richer experience. It expands the brain power.”--David A. Walton