"Shreve says when she writes, she hears the language—the dialogue of her characters—in her mind. Whether it’s nineteenth-century voices and language, foreign accents or broken English, her muse communicates aurally, giving the author the rhythm and patterns of speech." 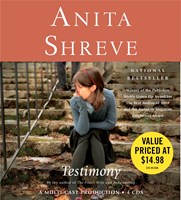 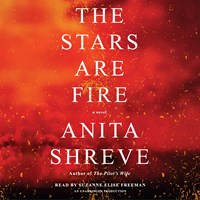 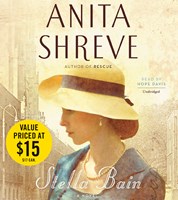 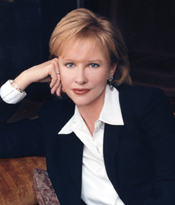 Author Anita Shreve told AudioFile that when she writes, she hears the language—the dialogue of her characters—in her mind. Whether it’s nineteenth-century voices and language, foreign accents or broken English, her muse communicates aurally, giving the author the rhythm and patterns of speech. The scenes and relationships she creates are vivid and uncontrived. The dialogue flows. This perhaps explains why Shreve’s books, and in particular FORTUNE’S ROCKS, set at the end of the nineteenth century in a New England seaside community, have such a finely tuned sense of time and place. They succeed as audiobooks because of these origins.

Most of Shreve’s books have been recorded, including RESISTENCE, WEIGHT OF WATER and WHERE OR WHEN. The selection of THE PILOT’S WIFE for Oprah’s Book Club last year pushed Shreve’s work into a broader limelight. Unabridged recordings of all the titles are available from Books on Tape. Random House and The Publishing Mills share the abridged titles.

Audiobook readers make artistic choices for characters and vocal portraits. When the author hears them for the first time, the experience can be jarring or even unsettling, but for Shreve, Blair Brown was able to get it right. “After the first few minutes, the seductiveness of her voice brought me right into the story.” Shreve compliments Brown’s performances of Fortune’s Rocks, noting that “her voice distinguishes itself from the ordinary American voice, and it’s easy to hear it as from a time past.” Contemplating her upcoming author’s tour, Shreve liked the idea of appearing with Blair Brown to present readings.