“An audiobook can wash over you in a way that a traditional [print] book cannot. A beautifully produced audiobook, like a beautifully written book, conjures filmic images in the mind. They engage your imagination.” 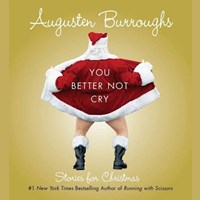 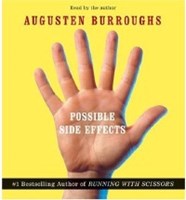 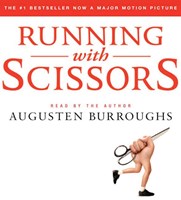 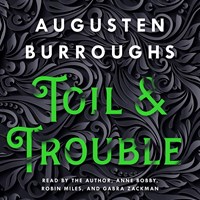 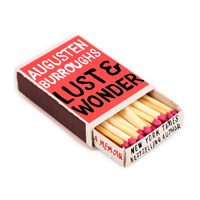 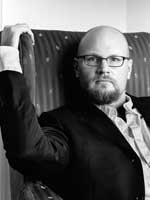 With snappy patter, self-deprecating humor, and sharp-tongued wit, Augusten Burroughs has explored his life, from tortured adolescence through rehab to recovery. His personal remembrances, RUNNING WITH SCISSORS (2002), DRY (2003), and MAGICAL THINKING (2004), have become international bestsellers. Born in Pennsylvania and raised in Massachusetts, Burroughs credits lying on the floor and listening to his mother’s recordings of old radio shows for some of his happiest early memories. “Audiobooks bring back that experience.”

As an adult, the first audiobook he ever listened to was Stephen King’s DOLORES CLAIBORNE, and he’s been listening ever since. He just finished Brian Greene’s THE FABRIC OF THE COSMOS. “An audiobook can wash over you in a way that a traditional [print] book cannot. A beautifully produced audiobook, like a beautifully written book, conjures filmic images in the mind. They engage your imagination.”

Burroughs narrated all his autobiographical works, but he doesn’t like to hear his own voice. “I record them, and then I never want to hear them again.” With his latest book, A WOLF AT THE TABLE, it was different because he was involved in its post-production. The new book focuses on Burroughs’s pre-Scissors memories of his terrifying emotionally abusive father. After his father died, Burroughs inherited his journals. The journals ranged from 1972 to 1975--”which is really ground zero for this disastrous period of my life, this very dangerous period.” Reading them took an enormous emotional toll, so the book took about two years to research and write. Burroughs wondered if he would alienate his readers by writing something serious when most people expect him to be funny, but he realized he needed to write this book, and it could only be written one way. “I couldn’t make it funny.” He also knew he couldn’t read the book in his normal reading voice. “I had a number of books behind me in my voice, and my voice almost sets up a joke.” Instead, he used a deep, ominous voice--something much closer to a whisper--very low, very calm.

“Recording it was unlike any recording experience I’ve ever had.” It was painful for him to revisit those early memories, and as he was reading the epilogue, he fell apart. He felt every moment as if it were happening right then. “During the recording I became very emotional--I was wracked by tears and sobs.” Rather than edit out the emotion, he decided to leave it. “Even if it’s not as graceful or as elegant as I’d planned, it was the truest possible performance that I ever could have given. It felt like a bit of magic occurred.”

Burroughs wanted this audiobook to be strikingly different from his others, so he decided to score it like a movie--to do a sound design that contains songs, sound effects, and background music. He asked four singer-songwriters to read the book and then write original songs based on their interpretations. Patti Smith, Ingrid Michaelson, Tegan Quin, and Sea Wolf agreed to do it. Their songs are included in the audiobook, and, he tells us, “the result is an emotionally intense experience.”--S.J. Henschel