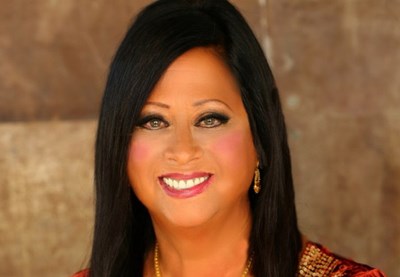 "I really believe in the power of the voice--processing that goes into the subconscious through the channel of hearing."

Growing up in suburban Philadelphia, Barbara De Angelis knew she would be a teacher. In the early 1970s, exposure to Eastern religions at the University of Wisconsin, Madison, nurtured this drive, and before long she was giving seminars on love, sex, and romantic relationships. Earning a doctorate in psychology along the way, she authored books like MAKING LOVE WORK and WHAT WOMEN WANT MEN TO KNOW, and the ball was rolling.

"I wrote four number one New York Times bestselling books about love and relationships, sex and intimacy, and as far as the publishing world is concerned, that's what I should keep doing." But several years ago something pulled the author, now based in California, to a different kind of writing. "I just heard so many people saying the very words 'How did I get here?' or 'I didn't realize that I was still going to have to work at 60,' or 'I thought I'd still be married by now.' I realized that a lot of people were at crossroads in their lives and didn't know how to navigate through them."

The result of this awareness, along with a major transformation of her own, was HOW DID I GET HERE?, an emotional and spiritual guide to understanding disappointments, finding one's wisdom, and moving on with life. Using your gifts to help others is a key part of the process: "You don't have to be enlightened, and you don't even have to have all your own answers. All you have to do is look around for opportunities to share your wisdom with someone who needs what you have, even though you may still need what someone else has."

The audio version of the new book was released in May. "I basically had it already abridged, and I went in and did it in one take." The finished recording flows well conceptually and is unusually warm. "I just created an image that someone I really loved was sitting there with me, and I was telling them the story about the book. This book is the best suited to audio of anything I've written. It comes from a very deep place in my heart and, I believe, spirit."

The future of personal change is in audio, says De Angelis. "You saw how many people bought iPods. People are downloading stuff from the Internet. I think audio actually hasn't even come into its heyday yet. Most of the programming we received, emotional programming growing up, was not through reading. It was through listening. "Don't cry," "You shouldn't do that"--all of that stuff we heard from our parents, from society, from lovers, it went into our brains through the audio channel, so deprogramming or counterprogramming that information often can be done best with audio. You can read all you want, but it doesn't hit the place where that other information is embedded. I really believe in the power of the voice--processing that goes into the subconscious through the channel of hearing."--Thomas Walken