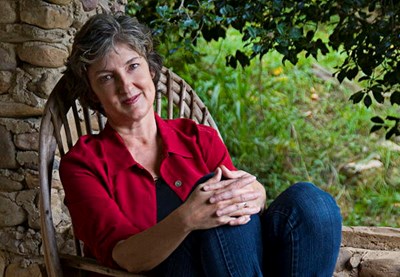 “I love going into the studio to do my audiobooks. It’s a little surprising to me how much I love it because I am a really shy person, I’m not a ham, but I really enjoy it.” 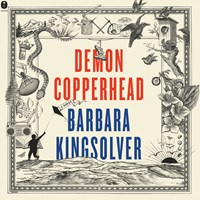 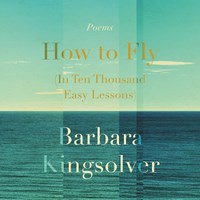 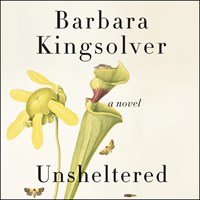 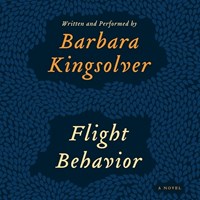 “I love going into the studio to do my audiobooks,” says author Barbara Kingsolver. Her Southern-tinged voice is warm and confiding, and just as appealing on the phone as it is when she’s narrating her books. (She’s read all but one of them herself.) “It’s a little surprising to me how much I love it because I am a really shy person, I’m not a ham, but I really enjoy this one acting gig every couple of years.”

There’s more than one reason why Kingsolver feels so strongly about narrating her own books. “When I’m writing, I’m listening to voices in my head. I hear the words in my mind before I write them on the page, and I often read passages I’ve written aloud to myself, particularly dialogue, to hear how it sounds. It’s like poetry, and I work so hard on my language that I care very much how it sounds.”

Another motivator is authenticity. Kingsolver’s latest novel, FLIGHT BEHAVIOR, wrestles with the effects of climate change, told through the lives of the people experiencing it firsthand in a small southern Appalachian town. “These characters speak my first language”--she shifts to a stronger, honeyed drawl--“I mean, I’m not speaking it to you now, but I sure could!

“I’m particular about representing this accent authentically because in the movies, they always get it wrong. I think people who are not from here just really haven’t paid attention and don’t realize that the language of eastern Kentucky and southwestern Virginia is as different from Texas, or Alabama, or South Carolina as Brooklyn is different from Boston.”

Getting the right voice for the character of Ovid Byron, a visiting scientist originally from the Virgin Islands, took some doing--and some research via videos on YouTube. “I realized as I wrote him that so much of his attractiveness was that voice, that lilt. And then when I was in the studio, I realized that he had to have not only the right cadence, but also he had to sound educated and kind of wonky.”

In spite of how much she enjoys reading her own work, Kingsolver confesses that she’s not much of an audiobook listener herself, partly because of what she calls her “30-second commute,” and partly because of her own reading habits. “I’m such a language-centric reader, and maybe so craft-oriented, that when I read, I often stop and reread a sentence three or four times, just to let it sink in.”

But back to climate change--and to what inspires Kingsolver as a writer. How did she decide to use global warming as the focal point of her new novel? “Every time I enter the process of beginning a book, I want to create an absolutely new experience for myself,” she says. “Not just in terms of characters and setting, but in terms of the big questions that I want to grapple with.” For example, her novel PRODIGAL SUMMER was, she says, about biology--“which, of course, is all about sex.” ANIMAL, VEGETABLE, MIRACLE was a memoir of her family’s experience with growing their own food as well as a call to action for eating locally.

“What keeps me excited as a writer is the prospect of doing something that I’m not really sure I can do. That spirit of adventure--and this novel, for example, I entered into with a lot of both excitement and dread, because what could be more difficult to write about in these times than climate change, both from a biological perspective and a sociological perspective? Because it’s so loaded--it’s so fraught with both emotional and psychological baggage that I knew I was marching into a minefield.” It’s easy to hear the truth of it in her voice when she says, “And that’s what I do. I love the minefield.”--Jennifer M. Dowell