"I usually have about four or five books on the go at once, plus an audio in the car.” 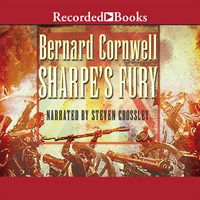 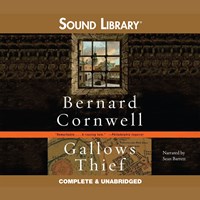 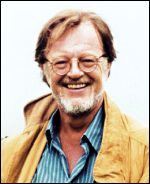 “In the end,” says Bernard Cornwell, “we all write what we like to read.”

The prolific author of various fictional series covering the Napoleonic Wars, the American Civil War, Arthurian England, and other historical epochs has a passion for history. That passion spawned the start of the Sharpe series in 1980 and has generated some four dozen novels and millions of readers. The flood of work began from adversity, oddly enough, when the British broadcaster married and moved to the United States. He was denied a “green card” and turned to writing.

Cornwell says he was delighted when the first of his books was published in audio and remains so today. He and his wife, Judy, listen often, especially while traveling. “Right now we have Alain de Botton’s THE ART OF TRAVEL in the car, which is appropriate,” he says. “Judy’s just bought herself an iPod and downloads books onto it. Is that the future?”

The author clearly didn’t consider audio when naming his characters, however, especially in the Warlord Trilogy. “I confess that when I wrote those books, I didn’t have the actor who read them in mind; otherwise, Gorfyddyd (Gor-vith-id) might have been Fred.” But a Welsh-speaking friend came up with the pronunciations, and the audio edition sounds smooth and effortless.

Cornwell maintains a hands-off approach to the audio production process, even when it comes to choosing the narrator. Nor does he listen to his own books once they’re recorded. “I’ve read it 20 times while it’s being written and have had to proofread two sets of galleys, and that’s enough!”

Asked what he reads just for the joy of it, Cornwell says he used to devour historical novels but that writing them all day suppresses the appetite. “I still consume huge amounts of nonfiction history; right now I’m two-thirds of the way through Jung Chang and Jon Halliday’s superb biography of Mao (what a monster he was!), and I’m also reading N.A.M. Rodger’s THE COMMAND OF THE OCEAN. I love good thrillers. I’ve just finished Michael Connelly’s THE LINCOLN LAWYER, and Linda Fairstein’s DEATH DANCE is next. I usually have about four or five books on the go at once, plus an audio in the car.”

While his consumption and production of historical literature remain high, Cornwell sees himself as a storyteller rather than a historian. He explains that a duty to history demands restraint in distorting historical facts, but he still feels free to change events to make a story work better. “But I always confess those sins in a historical note at the end of the book.”

As for the penance, it’s been paid before the confession in the form of riveting fiction that races listeners from the first chapter to the last, imparting some education along the way.--Ruth Lind