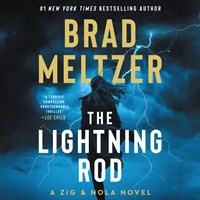 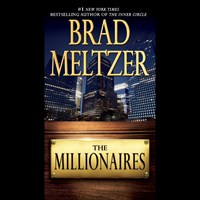 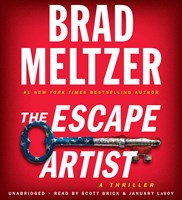 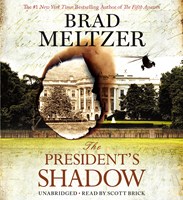 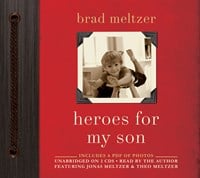 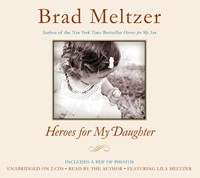 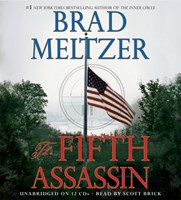 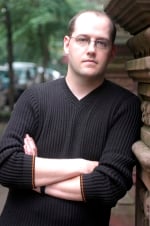 New York Times bestselling writer Brad Meltzer wants listeners to know that every aspect of his new book, THE ZERO GAME, was thoroughly researched. He’s determined to engage every corner of the listener’s mind. "There is a hidden labyrinth below the Capitol. I was crawling underground on my hands and knees in a suit, with dust in my lungs. All those details, all those hidden places in the Capitol, are all real."

This includes his beginning the story in one of the most powerful bathrooms in the country, the urinal right across from the floor of the House of Representatives. It’s here that, in Meltzer’s latest, bored staffers’ seemingly innocent game of waging bets on pending legislation turns deadly. Meltzer says that since the book was published, Washington readers have confirmed what he imagined. "I’ve gotten four calls saying that these activities are going on in real life. It’s just unbelievable."

Audie and Earphones Award winner Scott Brick negotiates the novel’s hairpin twists. Meltzer realizes how hard it is to deliver the narrative and act every part. Over the course of several publications, he’s gotten to know Brick and now he deliberately inserts tongue twisters in his works. "Scott Brick is as good a reader as anyone can get. He doesn’t sound like me, and he shouldn’t. You don’t want to hear me read. Trust me, Scott’s much better."

Brick’s line readings, in fact, have changed the way Meltzer reads at book signings. "His intonation on the first paragraph of THE FIRST COUNSEL, which is my favorite beginning of any of my work—‘I’m afraid of heights, snakes, normalcy, mediocrity, the initial silence of an empty house. . .’—which is obviously not a natural thought in someone’s head—he just broke it out perfectly."

Meltzer continues his quest for reality in his writing. "I always get a lot of my characters from people who ride the Metro. I’m just bad at physical description. I don’t really care what anybody looks like, so I never really focus on it. I just pick out people. I spoke in Washington once and said, ‘If any of you see yourself in the book and you ride the Metro, it’s probably you.’"—Randy O’Brien