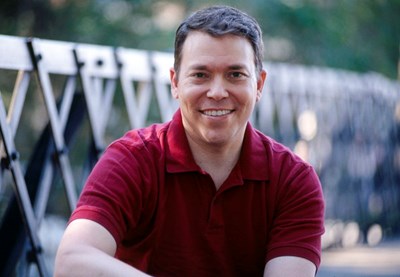 “The biggest impact of giving talks around the country is that it’s helped me to find my voice....[it] has helped me feel that I am communicating with an audience. ” 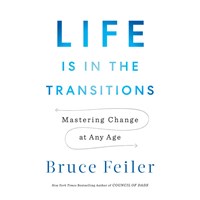 Bruce Feiler likes to immerse himself in his subjects—spending whole years in Japan (LEARNING TO BOW, 1991), at Oxford and Cambridge (LOOKING FOR CLASS, 1993), in the circus (THE BIG TOP, 1995), and on the road with Garth Brooks and Wynonna Judd (DREAMING OUT LOUD, 1998). With his 2001 book, WALKING THE BIBLE , Feiler explored the meaning of Western religion by traveling through the Middle East, using the Pentateuch as his guidebook and identifying the physical locations associated with the Garden of Eden, Noah, Abraham, and Moses by visiting them and walking in biblical characters’ footsteps. The next year he followed up with ABRAHAM , a study of the patriarch from the points of view of Judaism, Christianity, and Islam. Just weeks before the television series based on WALKING THE BIBLE began airing on PBS, AudioFile caught up with the author and world traveler.

We asked Feiler why he chose to write about the Bible. “Today, religion dominates our world, from Iraq to Israel, from Terri Schiavo to the Ten Commandments, from THE PASSION OF THE CHRIST to THE DA VINCI CODE. Religion is more important than at any time in the last century. I believe firmly that sometimes the best way to understand the present is to turn away from the morning papers and turn back to the past. Writing about the Bible, the land, and my own experiences there allows me to better understand what’s going on in the world around me. And, ultimately, it makes me better able to do my part to help make the world a better place.”

With the popularity of his books, Feiler is constantly on the road, with signings, readings, and speaking engagements. We asked how the experience of recording an audiobook compares to public speaking. “The biggest impact of giving talks around the country is that it’s helped me to find my voice. Hearing what people dream about, are concerned about, wonder about has helped me feel that I am communicating with an audience. That’s exactly what’s missing when one is writing, the feeling of a two-way communication. So I take that sense of communication into the field with me now, into my office when I’m writing, and into the studio when I’m recording.”

Feiler has narrated his three biblically themed books for audio. We asked him about the experience. “It’s quite hard work, actually, sitting in a dark studio, concentrating very hard, keeping it fresh, fun, and adventurous. Just the littlest hiccup in your voice, and one must do it over. And it’s also easy to lose your voice. But I find it enjoyable. The advantage of having the author read is that when I’m talking about taking an airlift into Baghdad, I know exactly how scary that was and can communicate that emotion.”

Audiobooks provide a unique and more direct way for an author to reach his readers. “As a writer,” he told us, “I’m all about place: about trying to experience a place, trying to describe it, and trying to bring it alive. I’m trying to put the listener into that place, and the listener is trying to go there—but the destination is fundamentally the same.”

With all his writing and world travels, we wondered how he has time for anything else. But, a man of inexhaustible energy, Feiler smiled, paused, and asked, “Did I mention I have six-month-old twins? Life is rich.”--Steven E. Steinbock