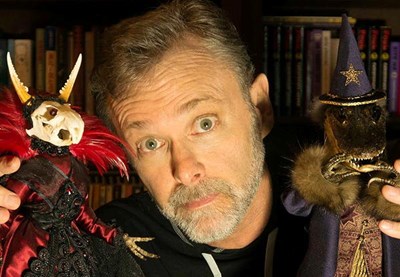 "Audiobooks give access to people who don’t have the time or the ability to read the books. Books can transport you as a listener just as they can as a reader.” 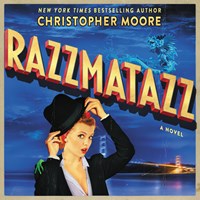 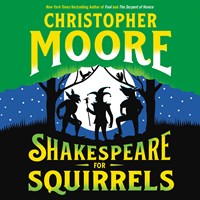 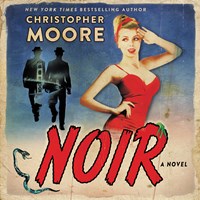 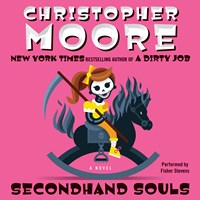 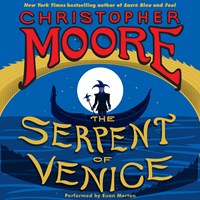 How does a nice boy from Toledo, Ohio, heavily influenced as a sixth grader by the satire in Mad magazine, become a bestselling author living the Northern California and Hawaiian lifestyle and have so much fun doing it? Spend some time talking with Christopher Moore, author of FLUKE, THE STUPIDEST ANGEL, YOU SUCK, and LAMB: THE GOSPEL ACCORDING TO BIFF, CHRIST’S CHILDHOOD PAL (among other provocative titles), and you will soon find that all of this seems to make complete sense in the wildly odd world he inhabits.

As for coming to California, Moore is emphatic. “When I ended up in California, I got out of the cold forever and into great weather and what I felt was more opportunity for my talents.” Those talents range from photography to bowling with frozen turkeys as a night crew supervisor for a grocery store at age 19 to a stint as a disc jockey at an alternative radio station. Eventually, he got to writing.

Since the publication of his first work, PRACTICAL DEMONKEEPING, in 1992, no one can deny that Christopher Moore has a body of work full of outlandish plots and outrageous characters, including young vampires in love, Jesus’s best friend, Biff, talking fruit bats, annoyed zombies, an insurance salesman in conflict with a mystical coyote, and a Rastafarian surfer from New Jersey.

Does he ever have to censor himself? “Other than wanting to not be mean-spirited regarding humor, I don’t censor myself, although I never want to throw the reader out of the story or lose the reader because of content if it truly doesn’t serve the story.” With such a repertoire of unusual ideas, does Moore have ideas he simply hasn’t had time to use yet? “I have a bunch of ideas but haven’t had the time to research them. It’s important to me to be a varied author. Perhaps I’ll write a book on whales or a book about Africa, but I have to have time to research it. Telling a good story once you get an idea is hard.”

Moore finds audiobooks to be a great escape for him personally, although he never listens to his own books. “I think audiobooks are a great adjunct to print books and give access to people who don’t have the time or don’t have the ability to read the books. Books can transport you as a listener just as they can as a reader.” He finds he prefers audiobooks read by actors rather than those read by the authors themselves. He’s been fortunate to have five of his books produced as audiobooks, with great actors such as Bill Irwin and Fisher Stevens as the narrators. One of his older works, LAMB, was recently released as an audiobook read by Fisher Stevens.

If he weren’t an author, Christopher Moore says he’d be on the radio again or perhaps a painter (of canvases, not houses) or he’d return to photography. The chances of that happening are slim, though, as writing about fascinating and surprising characters in unusual situations is clearly what he was meant to do.

Will the crazy ideas ever stop? It’s unlikely. “There’s always some cool thing to learn coming around the corner.”—Martie Ramm Engle