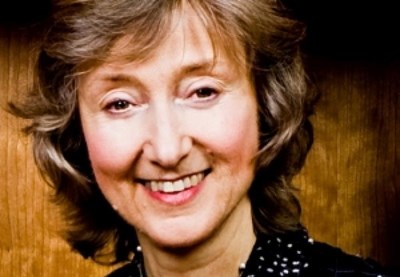 “My own feeling about recording audios is that I absolutely love it. I was the kid in school who really hoped the teacher would call on me because I loved to read aloud.” 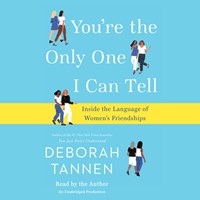 Deborah Tannen is probably the most famous linguist of our time; her reputation is on par with Margaret Mead’s stature in the field of anthropology, according to one publication. Though she’s a highly respected professor at Georgetown University and has written many scholarly books, her bestsellers, THAT’S NOT WHAT I MEANT and YOU JUST DON’T UNDERSTAND, put her on the map as someone with keen insights about language and relationships. She followed with Talking from 9 to 5, about conversational styles in the workplace; THE ARGUMENT CULTURE, about combativeness in public discourse; and her most recent book, I ONLY SAY THIS BECAUSE I LOVE YOU.

Speaking in the midst of a book tour from a Manhattan hotel room, she explained her penchant for writing books. “I write my books because I like to describe what I see.” She’s often pigeonholed as an expert on gender-based communication styles, though what she really studies are cultural and class differences. While these interests are all booby traps for political incorrectness, she’s received little criticism. “If there are patterns, I want to describe them, but I try very hard not to describe any pattern as negative.” Her work on family communication has led many people to believe she is a psychologist. Some even ask if she takes private clients. But Tannen is clear about her identity as a linguist. “When people tell me my work has helped them, I’m thrilled, but I can’t say I purposely set out to help people.”

But help people she does by taking complex speech patterns and describing them with elegant and down-to-earth language. “What I try to do in this latest book is not so much prevent misunderstandings, since that’s not possible, but provide people with the concepts, words, and strategies for feeling the hurts in a more constructive way.” A mother’s question—You’re not wearing a coat?—may not explicitly state her concern about comfort nor her irritation about the child’s carelessness, but these feelings are heard nonetheless. Getting them out constructively, Tannen believes, can prevent arguments about what was meant.

All five of Tannen’s books for general audiences have been abridged for audio, and she’s recorded every one of them. “My own feeling about recording audios is that I absolutely love it. I was the kid in school who really hoped the teacher would call on me because I loved nothing more than to read aloud.” She’s also good at it and consistently surprises people with how quickly she produces final takes. To record her latest audio, the producers initially scheduled three days in a Washington, D.C., studio near her home. When Tannen heard about this, she sent them a message: “‘There is no way it’s going to take me three days, at the most two, and I’ll probably do it in one.’ And sure enough, they scheduled two, and I did it in one.”

The results are as easy to hear as they were for Tannen to record. In her audios, she speaks with a conversational style that belies her academic roots and makes her sound like family. This facility may explain why she can write with such accuracy about controversial subjects. On tape and on the phone, she is a genuinely nice person whose humility about her work is as great as her passion for making sense of the world.—Thomas Walken