"What is a former voice-over artist and theater major to do with a growing list of bestselling books she has written? Become an audiobook narrator, of course!" 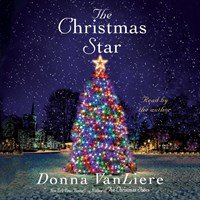 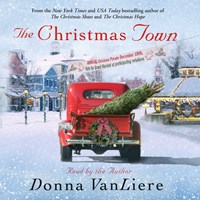 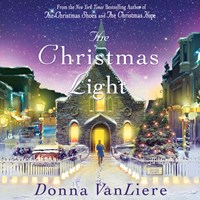 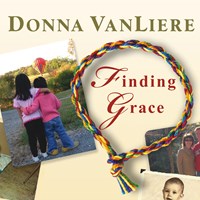 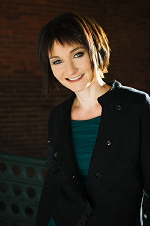 What is a former voice-over artist and theater major to do with a growing list of bestselling books she has written? Become an audiobook narrator, of course!

Donna VanLiere has been a writer since the second grade, but she never thought it could be a profession. Theater, radio work, and voice-overs helped to pay the bills, but something was missing. “One day I sat down to write a book, and then I was stunned to hear that a publisher had picked it up,” recalls Donna. And not too long after that, she went to hear her friends, NewSong, in concert. Backstage, NewSong member Eddie Carswell told Donna that he was thinking of writing a Christmas song and gave her a two-sentence premise. Did she think it would make a good song? “I told him I thought it would make a good book!” she laughs. THE CHRISTMAS SHOES went on to become both a bestselling song and book, each springing from that simple two-line idea.

In addition to THE CHRISTMAS SHOES, Donna has written several other Christmas stories, as well as THE ANGELS OF MORGAN HILL and inspirational nonfiction, including the recent FINDING GRACE. Donna says it felt a bit like coming home when she recorded her own books. “When you hear someone else record your story, you think, ‘That’s not the way I meant that sentence to be read.’” Now, discerning audiobook listeners can be assured they’re hearing Donna’s books the way the author intended as she gives voice to a growing repertoire of characters. In THE CHRISTMAS SECRET, Donna’s characters range from a weary single mother, to an indignant yuppie, to small children and finally a host of supporting players, as she shifts scenes and inflections like the professional she is.

In spite of that theater background, Donna cannot turn off the author within. “I’ve been known to change a word or two when I narrate a story because the sentence takes on a different tone when read aloud.” While this may cause havoc down the road for editors, the other participants--the performer, the engineer, and the listener--all benefit from the very occasional in-studio rewrite.

Donna doesn’t need to rely on the tools of many narrators. No highlighters with each voice in a different fluorescent color for her! “The characters are in my head, so it’s easier to bring them out.”

Engineer Jeff Pitzer also ensures that nothing comes between the story and the listener. The slightest noise will halt the production. “He even heard me when I tapped my finger lightly on my leg!” Donna marvels. Perhaps she was just trying to keep herself awake. Donna typically records her books in a single day, a marathon that leaves her with that soreness one gets from having to be still for nine to twelve hours.

Whether she’s creating characters on the page or in the studio, Donna VanLiere is committed to bringing inspirational stories to life.--Ellen Myrick