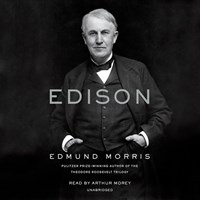 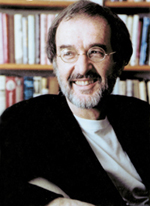 Edmund Morris has spent the past generation—give or take a few years—delving into the life, career, papers, and aura of Theodore Roosevelt, who towered over American society during the final decade of the nineteenth century and the opening of the twentieth. Morris, the premier biographer of TR, believes that this giant of a public figure was as talented a writer (“he had a marvelously acoustic, aural quality”) as he was a politician and global statesman. Working as his own researcher (“a way to avoid the pitfalls of plagiarism”), Morris has painstakingly turned out the first two volumes of a planned trilogy on TR. The second, Theodore Rex, garnered majestic reviews late last year, resurfacing masterfully recently in abridged audio form. (A parallel version of The Rise of Theodore Roosevelt, his first volume, is due out soon.)

Sometime in the early 1970s, as “a young, struggling writer who’d just write anything to pay the rent,” Morris fixed on TR as the kind of dramatic subject who’d be perfect for TV treatment during the Bicentennial. Particularly, the writer was drawn to Roosevelt’s years in the West. “It was primarily the drama and magnetic quality of his personality and the adventurousness of his life that appealed to me, rather than the scholarly aspect of biography,” he recalls. But soon, taken with biographical research, Morris reconfigured his early scenario into what has become his magnum opus.

The key to TR’s success as president—which included among its formidable issues the Panama Canal treaty, labor disputes involving anthracite coal workers, mediation in the Russo-Japanese War, and ongoing disputes with the other branches of government—lay in “the concentration of executive power,” Morris believes. But when the pendulum swung back during Roosevelt’s second term, a conservative Senate “effectively hamstrung” the president, ushering in the darker period of his life that will be the subject of Morris’s third and final volume, which is in its formative stages.

Morris, who claims to have played a “very small” part—mostly fact-checking and composing some linking sentences—in the production of the audio abridgment, is very pleased with the results, lauding the adapter, Lynn Lauber and, especially veteran producer Charles Potter. “He’s a cosmopolitan person who spends a lot of time in France and is marvelous with language,” Morris says, partially explaining narrator Harry Chase’s careful pronunciation of foreign names and phrases. When Morris—by his own choosing—reads the third volume some years hence (he was the reader for his last book, Dutch, a controversial treatment of the life of Ronald Reagan), he plans to make use of actual recordings of TR’s voice from 1912 or thereabouts. “There’s nothing so dramatic as real sound,” he notes.—Michael J. Bandler