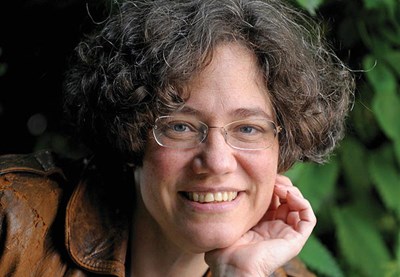 "Casting the narrator and reading the forward was how I was involved in the making of the audiobook, and that was just a huge thrill." 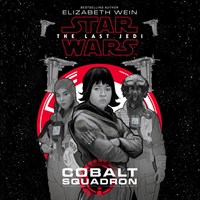 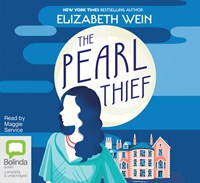 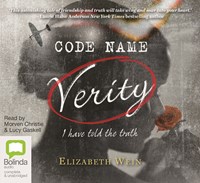 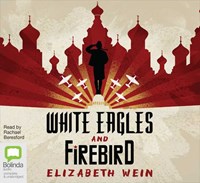 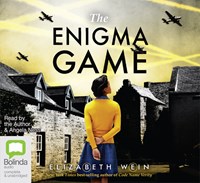 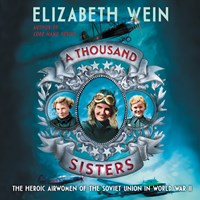 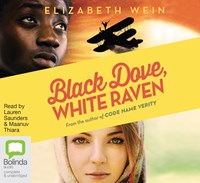 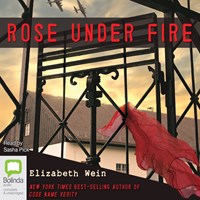 “The time had come for me to tell a story about a pilot.” That’s how author Elizabeth Wein found her way to writing CODE NAME VERITY, a YA novel about two young women involved in the British war effort during WWII. The book’s many lovingly described details about planes and flying are a testament to Wein’s own experiences as a pilot--and as a woman.

“I was the only woman getting a license,” Wein says. “And I was welcomed; no one ever said, you can’t do this because you’re a woman. There was one female instructor, and there was a woman who was working on her commercial license, so it wasn’t like you couldn’t do it; it was just unusual. So I started out writing Verity feeling very strongly that I wanted to give a little bit of an injection into what girls can do.”

If strong, capable women are a common thread in CODE NAME VERITY and her new novel, ROSE UNDER FIRE, just as important is the idea of making difficult choices under extreme duress--something that Wein hopes resonates with teen readers who are wrestling with their own life decisions. “I think really my message isn’t so much, this is right or this is wrong as, you have to take responsibility.”

ROSE UNDER FIRE chronicles, excruciatingly and exquisitely, the experiences of a group of women who are being detained in the Ravensbrück women’s concentration camp during WWII. “I’m still kind of in shell shock from having written it, and I had a really hard time while I was writing it--and even after it was finished--believing that anybody could, a) be interested in it, and b) want to read it,” Wein says. “But I have had readers who have asked me, ‘Did this really happen?’ Yes! It did! That’s why I’m telling the story. I think that one of the things people who write about the Holocaust in fiction try to do is to make it accessible--but not just so you can understand it, not just so you can read a story and appreciate it, but also so you can realize that this didn’t happen in a faraway place in a distant time. These are really people like us, on both sides, and we need to be aware of that.”

Unusually for an author, Wein was invited to cast both audiobooks. “Bolinda asked me if there was anyone that I had in mind, so I spent a day just trawling the Internet. I found Morven Christie on a database of Scottish actresses, and then I found some audio clips for her on her agent’s Web site, and that’s also where I found Lucy Gaskell. They were both my first choices, but I confess that I thought Morven was born for this role. We needed a very different kind of voice for Rose, who is American. I think of her as sounding a bit like me because she’s a bit of a transatlantic.” Wein, an American, lives in Scotland. Actress Sasha Pick, also an American, who moved to Oxford at age 10, ended up being cast as Rose.

Once the VERITY casting was completed, Wein was contacted by the studio only once during the recording process: “They called me on the first day and said, ‘How do you pronounce Dympna?’ And I said, well, Dimp-na, and they said, okay, and I never heard from them again. And then they asked me if I would read the afterword. That was the other way I was involved in the making of the audiobook, and that was also just a huge thrill. And it’s gotten a couple of accolades!” VERITY was an AudioFile Earphones Award winner and was named a Best Audiobook of the Year by both AudioFile and Booklist.

“I felt so great about it because I had cast it!” Wein enthuses. “I’m so delighted by the whole thing.”--Jennifer M. Dowell