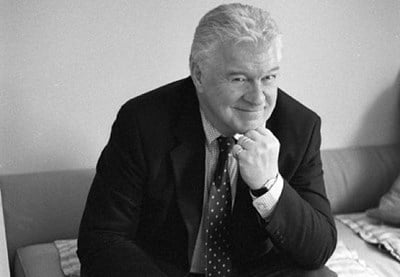 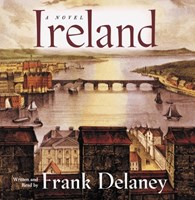 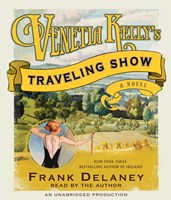 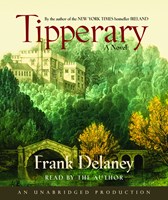 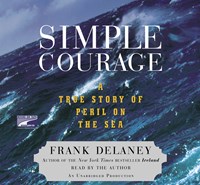 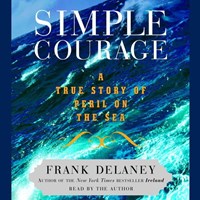 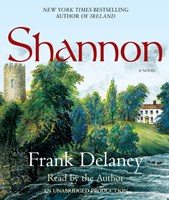 "Reading my own books on audio has an effect on the way I write," Frank Delaney says. Delaney's BBC radio training serves him well--narrating his own audiobooks, he uses his gentle, thoughtful voice to full effect. "The relationship between writer and reader is an intimacy between strangers, people who would never meet, and the relationship between the audiobook listener and the narrator of the audiobook is the same relationship." With such regard for the art of the spoken word, it's no surprise that Delaney's reading of VENETIA KELLY'S TRAVELING SHOW is perfectly rendered as audio listening, a feast of hilarious, improbable details and memorable characters, all magically intimate and emotionally real. Delaney promises a new book in 2012--we can't wait to hear it! - 2010 Best Voice

Frank Delaney, author, journalist, and radio broadcast host, was trained in news reading, first as an anchor in Ireland and later with the BBC in London. Delaney’s top-rated weekly show, “Bookshelf,” for BBC Radio 4 in London, de-mystified all writing. “We did everything from classics to comics. One week, I remember, we did James Joyce and Snoopy.” He interviewed hundreds of authors. “Our mantra at BBC was ‘To inform, educate and entertain.’ In other words, we did all our informing and educating through entertainment.” It was then, just as audiobooks were becoming popular, that Delaney realized that listeners really enjoy hearing an author’s own voice. So, it seemed only right and proper that Delaney would read his own books for audio.

And that’s just what he did. Delaney, author and narrator of SHANNON , IRELAND , and TIPPERARY , just finished recording his latest book, VENETIA KELLY’S TRAVELING SHOW. “Reading my own books on audio has an effect on the way I write,” he says. He’s certain that as he’s in the process of writing a novel (and he’s writing one now, due to be released in 2012), he hears the reading in his ear. “But it shouldn’t in any way detract from the writing of the book because we read as much with our ears as with our eyes.”

Traveling theatrical shows toured Ireland when Delaney was a boy. “I was enthralled by them.” They were usually named after the proprietor or the chief actor or actress. “The one I’ve created is VENETIA KELLY’S TRAVELING SHOW.” The book is set 1932, just at the time when Ireland was going through the most important general election of the century. “I’ve meshed politics as theater and theater as politics.” Venetia Kelly is a ventriloquist, and her dummy’s name is Blarney. “Venetia enters him as a candidate in the general election, and that’s one of the cornerstones of the book.”

Not only does Delaney value the experience of reading to an audience, he also enjoys being a listener. “I frequently listen to a great Shakespeare recording while looking at the text. He opens right up to you in a totally different way.” Delaney’s discovered that authors have a common passion--“to have their work reach their readers. And the audiobook is a wonderful tool for reaching people who read with the ear.” He notes, “The relationship between writer and reader is an intimacy between strangers, people who would never meet, and the relationship between the audiobook listener and the narrator of the audiobook is the same relationship.” Listening creates that intimacy. “It’s warmer. It’s closer. People get lost in it. In many hospices, one of the great services that volunteers give is reading to people who are unwell. You can’t give a warmer experience than that. I love the idea that I’m telling a story to somebody one-to-one and having them sharing in the experience.”--S.J. Henschel