"Wills has recorded many of his own books, and his clear, forceful voice can deepen the impact of the text. 'I’m surprised that some people are not asked to read their own books.'” 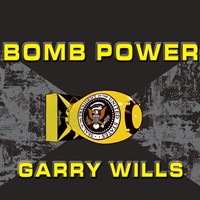 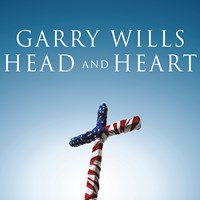 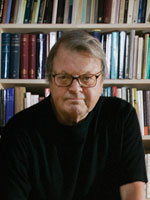 Garry Wills may be the only man ever to choose THE HISTORY OF THE DECLINE AND FALL OF THE ROMAN EMPIRE as a workout tape. But he did and has fond memories of running to the prose of Edward Gibbon while on vacation in Mexico.

Like all fully realized intellects, Wills is a man of unexpected contradictions. Hired at 23 by William F. Buckley to review drama for the infant National Review, he has been pouring out startling opinions for more than 50 years. A former Jesuit seminarian, he often infuriates traditionalists in the church he still attends. He actually published a book titled PAPAL SIN: STRICTURES OF DECEIT. An intellectual of the first rank, he wrote an essentially admiring book about John Wayne that noted the feminine quality of Wayne’s strut and reported that the Duke “hated horses . . . and had to remind himself to say ‘ain’t.’”

Termed “a polymath extraordinaire” by the New York Times, Wills teased a splendid book out of the 272-word Gettysburg Address and won a Pulitzer for it in 1993. He has twice won the National Book Critics Circle Award.

He is eloquent on the centrality of the spoken word. “The Gospels were written decades after the death and resurrection,” he says. “They had all come down by oral tradition, which is not unusual in antiquity. Pythagoras, Socrates, Epictetus are all people whose teachings were in oral traditions.”

Wills writes for the ear himself and will read passages of a work in progress out loud to his wife. “She’s my first and best editor.” He also uses the technique in his work with students at Northwestern University. “When I have a paper that’s not very good, I will call the student in and say, ‘Read that to me.’ I then ask, ‘Does that make sense?’ And they will often say, ‘Well, no.’”

President Barack Obama’s memoir, DREAMS FROM MY FATHER, is a notable example of an “out loud” version trumping the text, Wills says. “I had read it, and a friend of mine said ‘listen to the audio,’ and I did, and it’s a totally different experience. The immediacy comes across. And of course, he’s a very good reader as well as a very good writer. He imitates the people he is quoting. He imitates the African accent of his father. He imitates the different accents of the black kids. He’s an amazingly acute observer of how people sound, which shows that he’s a good listener as well as a good writer.”

Wills has recorded many of his own books, and his clear, forceful voice can deepen the impact of the text. “I’m surprised that some people are not asked to read their own books,” he says. “Bill Buckley never read any of his books, and he had a terrific voice. And when I asked him why that was so, he said, ‘I don’t know. They never asked me.’”

When told that some people feel that listening to a book can never replicate the intensity of reading it on the page, Wills was nonplussed.