"Along with his timeless wisdom on what makes long-term relationships thrive, it’s this emotional availability that keeps Chapman in demand as an international seminar leader and speaker for many civic, health, and governmental organizations." 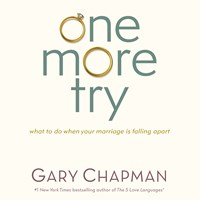 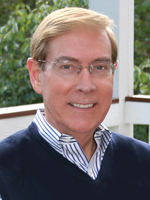 Gary Chapman is known around the world for his books and audios on the “5 Love Languages,” his wildly successful teaching that says we can give and receive love most powerfully when we know what our preferred love communication channels are. The initial volume in the series appeared in 1992 and grew out of his work as pastor and relationship counselor at a Baptist church in North Carolina. “As I got involved in counseling, hearing similar problems and giving advice,” he says, “I thought that if I could put some of these principles in a book, I’d be able to help far more people than I would ever be able to see in my office.”

Once he started writing, at first one day a week with an electric typewriter on a card table in an unfinished basement, he found he liked it. In addition to subsequent love language books for men, parents, and teenagers, he’s written broader relationship guides, including THINGS I WISH I’D KNOWN BEFORE WE GOT MARRIED (2010). “It deals with 12 topics to be considered before you get married. Love language is just one of them.”

With young people being more independent than ever, we asked him what couples should do when vocational or lifestyle goals draw them apart. “The key concept, as I see it, is to view yourselves as a team. If you’re going to lead totally independent lives, then don’t get married. But if you want to have an intimate relationship that’s loving and supportive and encouraging, you can have individual goals but work on them together as a team to accomplish them. That’s what marriage is all about.”

Though Chapman is a deeply committed Christian, his advice and message of acceptance and opportunity have resonated well with secular audiences. “I think a reason for that is my background in anthropology. Religion is part of culture, and I respect differences in cultures.” What also makes him so broadly appealing as a teacher is the relaxed authenticity in his writing and the stories he shares about his own marriage. “My wife and I agreed years ago that if we were really going to help people, we needed to be open about our own struggles. When you’re able to do that, I think people identify with you, and they realize you’re human, and they’re more open to your ideas.”

Along with his timeless wisdom on what makes long-term relationships thrive, it’s this emotional availability that keeps Chapman in demand as an international seminar leader and speaker for many civic, health, and governmental organizations. He co-hosts a weekly radio program on relationships with his friend Chris Fabry, whose speaking voice is just as authentic and resonant as Chapman’s and who has narrated many of his audio productions. “I like Chris, I feel comfortable with him, and I think he’s heard me enough that he can reflect my thinking and wording.”

Now in his seventies, Chapman shows no sign of slowing down. A new book aimed at improving business relationships, called THE 5 LANGUAGES OF APPRECIATION IN THE WORKPLACE, has just been published. Has success or celebrity changed him?

“I think I’m the same guy. I hope I’m wiser. I know that my name is known and that many people have read the books, but I don’t sense that it’s changed my life. That’s one of the reasons I’ve stayed plugged into the church--because I want to keep my feet on the ground and stay in touch with people’s pain, go through death with people, and be there when they celebrate the birth of a child. All of us are cut from the same cloth, and it doesn’t matter what kind of success you have with whatever you’re doing--we all still struggle with the same things.” It’s his desire to serve others that pervades Chapman’s writing and helps make him one of the most accessible and influential Christian authors of our time.--Thomas Walken