"McGovern's background as a public speaker clearly influences his writing. His sentences generally are direct and plainspoken. He doesn’t talk down to his readers. He challenges them, yet he writes with clarity. This style of writing is eminently suited to audio, and McGovern couldn’t have translated the work into audio any better had he tried." 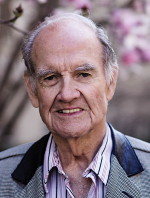 George McGovern brings a unique perspective as the author of ABRAHAM LINCOLN, part of the American Presidents series from Times books. As a former senator from a prairie state, South Dakota, and a former presidential candidate, McGovern can relate to many aspects of Lincoln’s life.

So it comes as no surprise that McGovern is most impressed with Lincoln’s political acumen, which he says is largely underestimated by most people, even those who know a lot about Lincoln’s life. “He was a very shrewd politician. We all know that he was a great statesman. We’ve read his speeches and seen the monuments. We know that he towered above all other presidents, but I didn’t know until I read about his day-to-day operations what a very clever and shrewd political operator he was.”

McGovern’s book captures this neglected side of Lincoln’s career. He writes at length about political arm-twisting and deal making in a variety of arenas. In that regard, Lincoln’s actions have a very modern feel to them. McGovern says he also is impressed by the fact that Lincoln and the Congress could enact significant domestic legislation during wartime. “Right in the middle of the Civil War, they passed the Homestead Act, which provided for the parceling out of federal land to farm families who were willing to live on the land. That became the foundation of the family farm tradition in American agriculture. Secondly, they passed the Land Grant College Act, which created an agriculture and mechanic arts college in each of the states, enhanced by federal funds. Thirdly, they created the U.S. Department of Agriculture. At the same time, while the war was at its height, they started and later completed the transcontinental railway.”

Those domestic initiatives speak to Lincoln’s national vision, McGovern says. “It was a tragedy that Lincoln was shot just as the war was coming to an end.

I think we’d have had a smoother path to reconstruction and re-union after the war had he not been killed. He was a reconciling personality, a president who could appeal to the fundamental underlying themes that had given us a country in the first place in the battle for independence from Britain.”

While McGovern occasionally listens to audiobooks and understands the industry, he says he didn’t write the book with the audio version in mind. But the former senator’s background as a public speaker clearly influences his writing. His sentences generally are direct and plainspoken. He doesn’t talk down to his readers. He challenges them, yet he writes with clarity. This style of writing is eminently suited to audio, and McGovern couldn’t have translated the work into audio any better had he tried.

McGovern thinks now is a good time to bring out a new book about Lincoln and not just because 2009 is the bicentennial of his birth. “If there’s anything this country needs today, it’s to be reunified. We really are a divided nation today. We’re divided on class lines. We’re divided on political and ideological lines.

“I think Barack Obama was absolutely right to stress the theme of unity during his campaign, and now we’ll have to see if he can pull the country back together again. In that sense his task is very similar to Lincoln’s.”--Richard C. Gotshall