"When my daughter, Ailsa, was little, I resolved to surround her with all the audiobooks she wanted. I used AUDIOFILE to build her audio library. And I'm convinced that because, long before she could read, she absorbed the sound of well-written sentences, she developed an intuitive grasp of cadences and rhythm, poeticism, style, and pace." 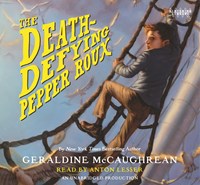 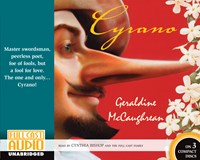 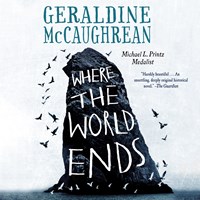 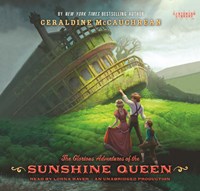 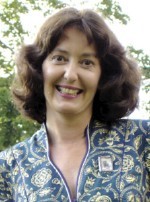 "I should declare at the outset that I am a passionate fan of audiobooks. I devour them. So I'm not an impartial witness," says popular author Geraldine McCaughrean. "A well-read book is like a theater performance mounted just for the listener--especially multivoiced recordings, such as Full Cast makes in the States." McCaughrean declares, "I have a passion for nice voices. A well-spoken and mellifluous voice is as much music to me as Elgar or Copland."

McCaughrean discovered one benefit of audio by accident. "When my daughter, Ailsa, was little, I resolved to surround her, money no object, with all the audiobooks she wanted. Not chocolate, chips, or toys, you understand--just words. I used AUDIOFILE to build her audio library, I might add. And I'm convinced that because, long before she could read, she absorbed the sound of well-written sentences, she developed an intuitive grasp of cadences and rhythm, poeticism, style, and pace."

McCaughrean's many fans love her stories and are full of questions. "They ask if I've been to the places I write about, to which the answer is almost invariably, no." She does research, of course. "But even if I did go to China, it wouldn't be the China of Kublai Khan, would it? If I went to Madagascar, it wouldn't be pirate-strewn Madagascar of 1700. I believe one of the great things about writing or listening to a book is that, for the duration, you are in that place, even if only in the imagination. And books can take you on holiday to the past, whereas travel agents can only move you around within the standard three dimensions." To McCaughrean, "Story is paramount."

At this time, she's working on a sequel to PETER PAN. "I've tried to pick up on J.M. Barrie's style in the original book, and that raises problems because the original is quite difficult, quite adult, quite sophisticated. In 1910, parents would certainly have read the book to their children." McCaughrean adds, "Because younger children can approach a text so much earlier when it is read to them, it cries out for audio."

McCaughrean is often asked how much of her personality appears in her characters. "My heroes and heroines are usually lacking in confidence, with low self-esteem, but rise above their limitations to achieve some blinding feat of courage or resourcefulness. Pure wish fulfillment, you see? They are my 'if-onlys,' my 'might-have-beens.' I hope that by reading or listening to my books, my readers will escape from banal everyday life into a world of adventure and excitement peopled with interesting characters--but just waiting for that one daring reader to step inside and inhabit the role of hero."--S.J. Henschel