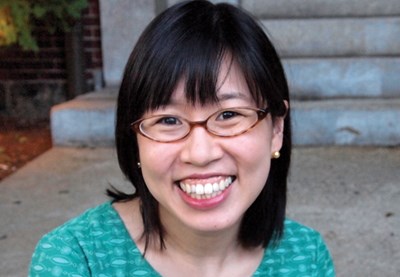 "When I was younger, there were lots of times books became my friends. I hope I create books that have become friends for kids.” 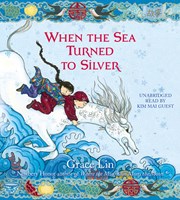 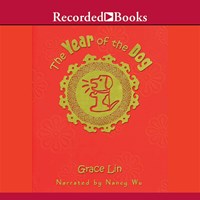 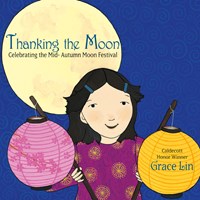 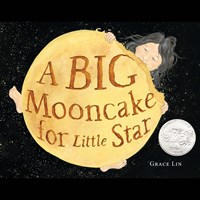 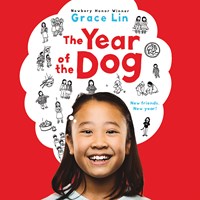 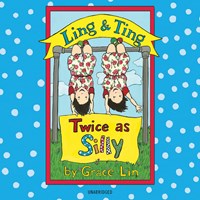 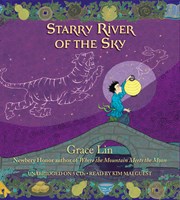 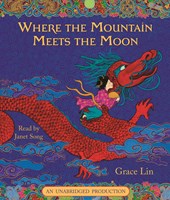 Grace Lin is such an avid audiobook fan that, she says, “I don’t read physical books anymore.” Her latest favorite is Sophie Hannah’s THE ORPHAN CHOIR. Lin juggles parenting, writing, illustrating, and presenting. With audiobooks, she can listen and get something else accomplished. What’s more, she says, “On an airplane, I used to get kind of sick, but I can listen to a story, and I’m fine.”

On a recent flight Lin listened to Kim Mai Guest’s narration of her book WHEN THE SEA TURNED TO SILVER. Storytelling weaves in and out of the narrative, and Lin is pleased that Guest understands the storytelling tone. “She changes voices just enough so that you know it’s another character. A real storyteller wouldn’t try to be a completely different person.” She also appreciates that the narration sounds Asian without being overt.

Listening aided Lin as she wrote the book and imagined someone telling her the story. And right before the final edits of each of her books, she reads it aloud. “I lock myself in a room and read until my voice is hoarse.” She’s also reads aloud as a parent. Her 4-year-old daughter is currently obsessed with WINNIE-THE-POOH. “Some people have fairy houses in their backyard--we have a Piglet house, and she’s going to be Roo on Halloween.”

Lin didn’t have the same experience growing up. Her parents were immigrants and didn’t read aloud, but she says they were “great believers in books.” There were constant library trips, and they bought her a copy of Virginia Lee Burton’s THE LITTLE HOUSE, which came with a floppy record. “I listened to it so much it got warped. When I read the book aloud to my daughter, I imitated that distortion because I still have that warped record sound in my head.”

Even though she was a big reader as a child, Lin saw few Asians in books. That didn’t stop her from searching for them. Even though she and her only Asian friend in high school weren’t into cheerleading, they read The Cheerleaders series. “There was a minor Asian character who was a cheerleader. Everyone else’s story was about dating the basketball team captain, but her storyline was about losing her violin sheet music. She was a complete stereotype, but we kept reading because we were so happy to see an Asian character.”

These early negative experiences made a big impression on Lin. “They affected the rest of my life and make me glad to have the opportunity to do the books that I do now. It’s kind of like rewriting your own history. When I was younger, there were lots of times books became my friends. I hope I create books that have become friends for kids.”

Judging from her awards and popularity with children, she has succeeded. Lin has published picture books, early readers, and chapter books for beginning readers and older children. All of them have Asian protagonists. “I usually have about 10 ideas in mind and wait to see which one comes to a boil.”

Grace Lin has seen many changes in children’s books, especially in terms of diversity, since she published her first book in 1999. “I talked about diversity back then, but it was like talking into an empty cave. The people who cared were there, but we were just talking to each other. In the last three or four years, you can see a difference in the way people are thinking. It’s kind of clunky and a little messy, but often things have to get messy before they get cleaned up. It makes me hopeful rather than discouraged.”

“My books are always called ‘Asian books.’ I don’t mind that label--I actually wear it proudly. But wouldn’t it be great if someday there are so many multicultural books, you won’t have to call them multicultural--they’d just be called books?"--Susie Wilde