"When it comes to the audio versions of his books, Iles is aware that he has one of the best readers available in Dick Hill. 'He’s known for changing voices, one of the few who’s really good at it. I think that takes a lot of guts.'" 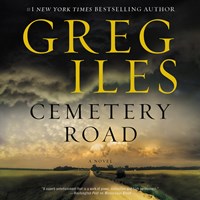 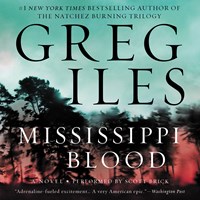 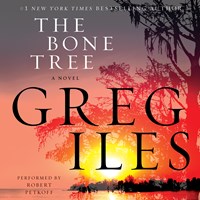 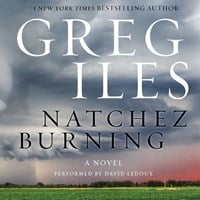 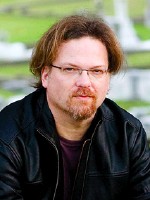 Mississippi novelist Greg Iles likes to tell the story of a book signing in Seattle during which a reader told him that after finishing THE QUIET GAME, he and his wife drove 2,500 miles just to see Natchez, Mississippi, the thriller’s setting.

When he began writing his ninth and most recent novel, TURNING ANGEL, Iles thought, “If people are going to be driving thousands of miles to see this place, they ought to know what it’s like before they get here. They don’t need some falsely romanticized view of what Natchez was 15 or 20 years ago.”

Now the question is, after reading Turning Angel, will people drive thousands of miles in the opposite direction? This time, fearful of the signs of decline he sees around him, Iles has incorporated his observations into his story. Call it literary tough love.

Iles, formerly an English major at the University of Mississippi, began writing fiction out of desperation. In 1990, when he was 29, his band broke up, “on the verge of making the next leap.” Married, with $10,000 in the bank, he fell back on what else he knew he could do. Working 18 hours a day on an idea he’d had a year before—involving Rudolf Hess’s flight to Britain during WWII—he wrote a 261,000-word draft. SPANDAU PHOENIX sold at auction and established Iles’s career.

Lest readers think Iles has been turning out a series of whodunits, the author distinguishes what he does: he writes “whydunits.” He explains, “If all I wanted to do with my time was to make up puzzles to fool people about who the murderer is, I’d just as soon shoot myself. Agatha Christie was doing that better 50 years ago than I could do it tomorrow. There’s no point in that. What counts is the motivation.”

When it comes to the audio versions, Iles is aware that he has one of the best readers available in Dick Hill. “He’s known for changing voices, one of the few who’s really good at it. I think that takes a lot of guts. I was once asked if I wanted to read. I flirted with the idea, but the truth is that with writing a book a year, I don’t have time.”

Iles is unequivocal about his preference for the uncut format—even though his books are available on audio abridged and unabridged. “Every time I get a note asking me to approve an abridgment, I almost die. It’s such a flawed vehicle from the start. There is a certain kind of novel that can take abridging. But if you’re dealing with a book that has depth and meaning, you’re just gutting the thing down to the plot. I’ve bought abridged versions, and without even having read the original, I can feel the missing links.”

Ultimately, the heart of Iles’s new book is Natchez—past and present. He is unapologetic about the fact that the slice of life he depicts—beginning with a murder seemingly without motivation and going on to racial politics, economic decline, and teens in peril, among other themes—is unquestionably dark.

“That’s because real life is very dark. My audience may never grow beyond a certain level because I honestly think that to have millions and millions of people buying your book, it’s got to be pretty inoffensive. You sort of have to hit a median, a common denominator. I don’t think I’m ever gonna hit that median. I’m never gonna let people off that easily.”—Michael J. Bandler