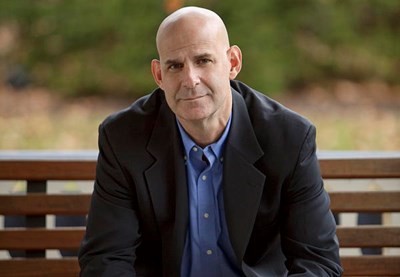 "In Coben’s view, audiobooks are similar to movie adaptations in that they are both derived from the author’s original work but have become a new, independent product." 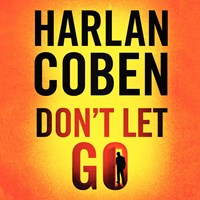 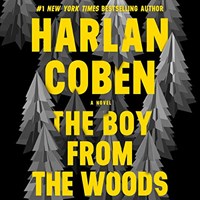 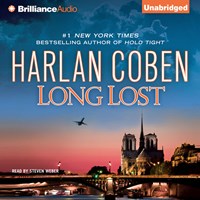 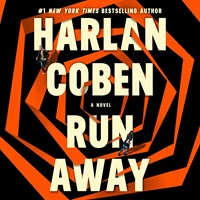 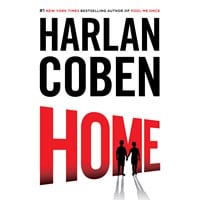 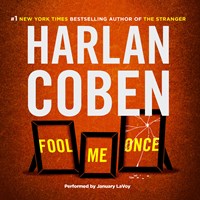 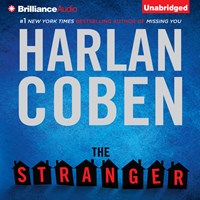 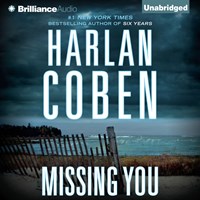 Harlan Coben is as funny in person as his sleuth is on the printed page. The winner of Anthony, Edgar, and Shamus awards, Coben was honored this past March at the Florida Mystery Writers of America "Sleuthfest."

Seven of Coben’s books have featured sports agent Myron Bolitar, a one-time attorney, basketball star, and top-secret FBI operative. He’s skilled at martial arts and witty retorts. When faced with sinister crooks, cops, and athletes, Bolitar disarms them with deadpan humor. Coben surrounds Bolitar with a bizarre array of sidekicks, including his best friend and guardian angel, psycho-yuppie Windsor ("Win") Lockwood and his associate, former pro-wrestler Esperanza ("Little Pocahontas") Diaz. Dialogue in Coben’s novels is snappy and endearingly human, and his writing is peppered with references from American popular culture. While being immensely funny, Coben is still able to deal with important social and psychological issues.

Books on Tape has published all seven of Coben’s Myron Bolitar novels, unabridged and read by Jonathan Marosz.

"He does a good job," says Coben. "But he doesn’t sound the way I hear the words. I’m not sure anyone does or could or should. When I hear Myron’s voice in my mind, it’s my own voice I’m hearing."

TELL NO ONE is the story of a young couple in love since they were 7 years old. "They fall madly in love, they get married, she gets murdered," Coben explains. "Eight years pass. He’s never gotten over it. He gets an email. It says to click on the hyperlink. He clicks on the hyperlink. He sees a streetcam, and while he’s looking at the streetcam, she walks by. That’s the opener. Then it just goes from there."

Fans of Coben’s writing have come to expect very funny writing, but for TELL NO ONE he lessened the humor a great deal. "But it’s still there. Early readers commented on that positively. But the humor’s not as intrusive as it is in the Myron books. There are people who read the Myron books strictly for the humor. That won’t be the case here. It has what I call ‘real world wit.’ When you’re in a dangerous situation, sometimes you think of things that are funny. Nevertheless, Myron fans have really dug the story."

TELL NO ONE will mark the first time one of Coben’s books has been abridged. His reaction? "There’s a lot taken out—that hurts. I already did all the editing. I don’t necessarily need another third of my book cut out by strangers. But that being said, it’s about as good an abridgment as I’ve heard. A lot of the humor will be left on the floor, but the story is still there. And it should be really suspenseful, I would say page-turning, but I guess you would have to call it tape-churning."

Coben’s first experience with audiobooks happened when he took an unabridged recording of THE BONFIRE OF THE VANITIES out of his local library. "It was absolutely thrilling. Back then I was commuting forty minutes each way to a real job, and it was reaching the stage where I was hoping to hit traffic so I could listen longer. Toward the end I couldn’t help myself, I had to bring the tapes into the house and listen to them there."

In Coben’s view, audiobooks are similar to movie adaptations in that they are both derived from the author’s original work but have become a new, independent product. "They’re a different entity. Hollywood doesn’t destroy books. My books are still there. It’s similar with audio. You’re not reading directly from Harlan Coben into your brain. You’re going to hear Harlan Coben via Steven Weber or Jonathan Marosz. It’s just one more step. That doesn’t make it a bad thing. It’s one more interpretation. Okay, slightly less pure, maybe. But not worse." Coben pauses. "Boy that sounded deep. Give me a second."

Fans of Coben’s Myron Bolitar books, as well as anyone who enjoys a good thriller, will want to give TELL NO ONE a listen.—Steven Steinbock