“The books I most like to listen to have a cliff-hanger element that keeps me awake on long drives." 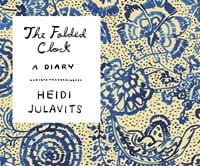 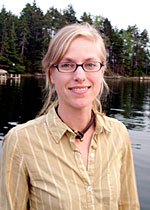 Identity is a recurrent theme in Heidi Julavits’s novels. In life, she herself balances several distinct identities. Best known as the author of short stories and novels, Julavits teaches, raises her 3-year-old daughter, and is a co-founding editor of a monthly review magazine, THE BELIEVER. “I feel like I get to wear a different hat every day, depending on my mood,” she says. “Each thing I do informs the other things, and I never get tired of anything.”

THE USES OF ENCHANTMENT, her new book, is as multifaceted as her life. It has three points of view, three different time periods, one character who behaves like three, and themes of witchcraft, fairy tales, and Freud. Listening to the audio, you wonder how and where Julavits began. “Like most of my books, it started with a novel I threw away,” she says. Two-thirds of the way complete, she scrapped almost everything, asking the advice of a “valuable first reader,” who suggested she begin with the perspective of “what might have happened” when the 16-year-old protagonist went missing for several weeks.

“I decided that perspective would run all the way through the book. I started over, wrote that first section, and the book started rolling forward.” Julavits wrote from beginning to end, braiding together the three time periods, never tiring of the story line or the perspective. “I renewed my energy every time I moved on to a new viewpoint.”

She was excited about the adaptation to audio and hoped the mystery in the story would help create a strong production. “The books I most like to listen to have a cliff-hanger element that keeps me awake on long drives.” Her favorite is Nathaniel Philbrick’s IN THE HEART OF THE SEA. Thinking about the audio of her own book, Julavits wondered how having a character who appears in three guises might challenge the reader: “How do you make this person seem like the same person and yet three different people?” Shelly Frasier succeeds marvelously and also fulfills Julavits’s hopes for the dialogue.

“Dialogue is something I adore. You get over your ‘adverb tick’ if your dialogue is working!” The most powerful dialogues occur between Mary and her psychiatrist, Dr. Hammer. “In the Freudian context I went wild with double entendres. I hoped that dialogue would retain its snappiness in the audio.” Again, she knew the actor would face a challenge as the multiple layers being voiced by the characters have to “say things and not say things at the same time.” As she wrote, she read these dialogues aloud. “I was making sure that things were leading you in one direction, but not insisting you went that direction.” As Julavits hoped, Frasier dramatizes these scenes of dialogue to their full potential.

Frasier’s nuances bring depth to the characters, another of Julavits’s wishes. “For example,” she explains, “Doctor Hammer is really trying to listen but is a narcissist and can’t listen. I wanted all the characters to be sympathetic. Sometimes they’re aggressive and hostile, and other times they’re vulnerable. I wanted everyone to be hard to like but impossible to hate.”

Julavits is amazed at what audio can do. “Right now I’m listening nonstop to THE PRINCESS AND THE PEA. It’s really interesting how, even in listening to a children’s book, you can pick up influences you might not find while reading.”--Susie Wilde