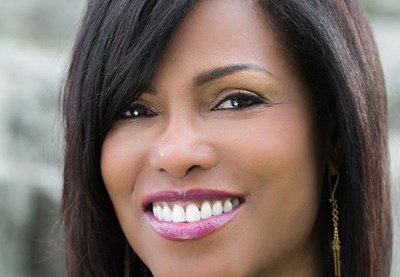 “I absolutely love my father so much and appreciate his sacrifice. I hope his story inspires anyone at a crossroads in their life, that it reinforces their choices and true abilities.”

Fifty years after her father Malcolm X’s assassination, author, educator, and activist Ilyasah Shabazz has teamed up with award-winning YA author Kekla Magoon to create a work of historical fiction that illuminates the civil rights leader’s formative years: “Malcolm before the X.” Her novel, X, offers young readers not only a valuable history lesson and a more accurate portrait of her father’s early life but also a story that celebrates transformation and the power of second chances.

Though Shabazz has written extensively about her father’s life and legacy (including a memoir, GROWING UP X, and a picture book, MALCOLM LITTLE), she calls X her father’s “coming-of-age memoir. Writing historical fiction,” she says, “allows more creativity--the ability to bring the reader into Malcolm’s life--an opportunity to give a vivid sense of the lingo and the historical context,” all while telling an exciting story. Even the novel’s cover--a figure on the run against a cityscape--suggests the drama that characterized Malcolm Little’s early life.

The novel doesn’t shy away from the gritty realism of young Malcolm’s early decisions, which sometimes put him on the run and at odds with the law—but that’s only part of the story. Shabazz wants to explore how the early moral foundation that Malcolm was given by his parents (both activists in their own right) allowed him to later transform himself and return to a higher path even after making poor choices in his youth. “This young man lost his father--someone who had had such an impact on his young life . . . who had been his rock.” Malcolm’s father was murdered, “and they took away his mother. [Social workers believed her to be mentally ill and unable to care for the children.] So there was no one there to provide love or guidance.” Those painful early losses shaped Malcolm’s life but ultimately did not define it.

Sharing the nuances of her father’s story was a tall order, and Shabazz is deeply grateful for Kekla Magoon’s collaboration. Shabazz praises Magoon’s work as “extremely creative, insightful, and innovative.” Magoon’s knack for helping to organize the mosaic of material in a creative way enhanced the story’s overall power, deepening the listener’s understanding of Malcom X’s life.

The author is equally enthusiastic about her collaboration with narrator Dion Graham. Audiobooks, Shabazz knows, offer an especially powerful way to reach and transport young readers: “With an audiobook, you’re right there in that time of Jim Crow; you can experience and hear it! You feel you’re right there with him!”

Determined to ensure the audiobook’s historical accuracy, Shabazz estimates she spoke to Graham “10 times a day for as long as he was recording.” For one thing, she wanted to make sure Graham got the variety of accents in the book “just right.” Her father has been misportrayed, at times, as “a deviant or an illiterate—and that’s not who my father was. And his accent was from the Midwest, not the South. My grandmother’s was West Indian, not Southern.” She also wanted to make sure the audiobook illuminates Malcolm’s youthful vulnerability and the pain he experienced as a child, both of which shaped some of his early choices. “I wanted to make sure that my father is conveyed as youthful and impressionable, insecure, trying to find himself. That he was in pain but most importantly--he was so young.” She loves the end result and says working with Graham was “a blessing. He’s phenomenal. He even coached me on how to read my author’s note!”

What hope does she have for this book, especially with its publication date coinciding with the 50th anniversary of her father’s death? Shabazz pauses to reflect. “I absolutely love my father so much--and appreciate his sacrifice. I hope his story inspires anyone at a crossroads in their life, that it reinforces all their choices and their true abilities.”--Jessie C. Grearson