“It was really fun. It was so much fun because I took almost five years to write this book, and I poured into it things that I think are really important. And to be able to say them out loud and to know that there will be people who will hear it was terrific." 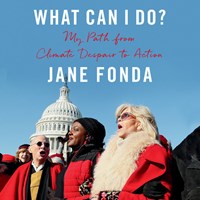 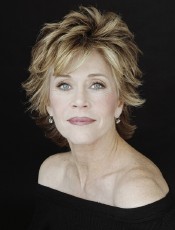 Donald Katz of Audible.com interviewed Jane Fonda earlier this spring. A recording of the full interview is available at www.audible.com. Some highlights follow.

Jane Fonda comments on her new memoir—and her life set in historical context.

On writing MY LIFE SO FAR:
“It really all started when I was 59, and I realized that I was going to be 60 in a year and that it would be the beginning of my third act and that this was it. I wanted to not get to the end of my life the way my father did, with regrets. In order for that to happen, I had to go back and understand what my first and second acts were about. And in the process of doing that, I saw that there were themes in my book and that if I could write them honestly and with some introspection, it would help other people.”

On the war and becoming a political activist:
“You could write the war off for a long time as another president’s mistake. It was Johnson’s mistake that Nixon inherited, and suddenly, in 1970, it was nobody’s mistake. Five administrations who knew they could not win in Vietnam continued to escalate the war rather than lose and cut our costs and cut the [killing]. I felt guilty that it had taken me so long to get it, and so what I did, mistakenly, is to try to be as radical as I possibly could in my rhetoric. I didn’t even know half of what I said or what I meant. What I should have said is why I had avoided getting involved. I think it had to do with being afraid to give up comfort—the comfort that ignorance can bring you. I knew that if I faced up, I’d have to own it, and if I owned it, I’d have to do something about it.”

On being married to Ted Turner:
“I knew that he was ‘the one’ if I would be willing to open my heart, if I could learn to get over my fear of intimacy. And I did.”

On doing the audio version of MY LIFE SO FAR:
“It was really fun. It was so much fun because I took almost five years to write this book, and I poured into it things that I think are really important. And to be able to say them out loud and to know that there will be people who will hear it was terrific. In fact, I had such a good time that I asked to do the unabridged version. They were just shocked at Random House. Authors don’t do their unabridged version. It takes too long. I said if only 500 or 1,000 people listen to it, I want my life in my voice.”—Donald Katz