“To hear a poem spoken in the voice of the person who wrote it is not only to witness the rising of words off the page and into the air but to experience an aural reenactment of exactly what the poet must have heard.” 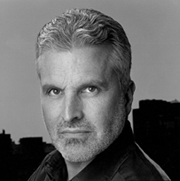 Poetry exists on the page as well as in the mind’s ear,” says J.D. McClatchy, editor of the Random House audio series The Voice of the Poet. “Poetry is written, after all, in this very funny way. It’s a visual performance.”

The author of four books of poetry himself, and editor of the YALE REVIEW, McClatchy has been collecting rare archival readings—some never before released—and wrapping them with text of the poems and a short, choice biography of each artist. The most recent offerings are all on CD instead of tape, which improves the sound and enables the listener to concentrate on a favorite. Robert Frost and Richard Wilbur each get their own package, while Dorothy Parker, Ogden Nash, and Phyllis McGinley appear together in AMERICAN WITS.

“To hear a poem spoken in the voice of the person who wrote it is not only to witness the rising of words off the page and into the air but to experience an aural reenactment of exactly what the poet must have heard,” according to U.S. Poet Laureate Billy Collins, an admirer of the series.

Sometimes the voices—Robert Frost comes immediately to mind—are extraordinary. Other times—think Elizabeth Bishop—they are not extraordinary. They are, however, genuine, and genuinely illustrative of the poet’s intent, according to McClatchy. “When actors read, the poems are sometimes taken out of their metrical life,” he explains.

Then there’s the mysterious question of authenticity. “You can hear five people read a poem, and the fifth one is the poet,” McClatchy says. “The poet’s reading is the one that you’ll remember later on. It’s an imprinting experience. There’s a short spurt of dramatic emotional energy, but afterwards the sensation of the poem lingers and echoes through your own reading.” The pauses, says McClatchy, can be almost as important as the words. “The silence after a piece of music by Mozart is also by Mozart.”

Authenticity trumps quality of performance, according to McClatchy, who had to convince the estate of Elizabeth Bishop to go against her wish to keep her recorded readings from the public. “It’s said that Abraham Lincoln had a rather high, squeaky voice, and not a very pleasant voice,” says McClatchy. “And yet you certainly would like to hear him read ‘The Gettysburg Address.’ You wouldn’t care what the voice sounded like.”—Benjamin Cheever