“I listen when I shave in the morning. I listen when I brush my teeth at night. I listen in the car and when I’m exercising. I guess that makes me an audio bibliophile, or it is biblio audiophile?” 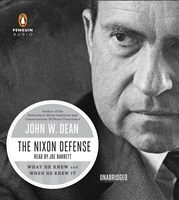 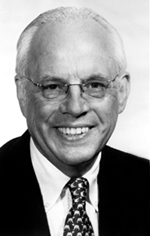 Author and political analyst John W. Dean—yes, that John Dean, of Watergate fame—has listened to audiobooks for decades. “I listen all the time,” he says. “I listen when I shave in the morning. I listen when I brush my teeth at night. I listen in the car and when I’m exercising.” With a gentle laugh, Dean adds, “I guess that makes me an audio bibliophile, or it is biblio audiophile? Or whatever.”

A voracious reader, Dean says he is able to get through more books when he supplements reading with listening. He generally prefers nonfiction, but fiction offers a nice change, he says. And almost always he listens to unabridged titles or, at least, longer abridgments. “I find you don’t really get the flavor of the book if they abridge it too far. Six hours seems okay. But four hours is too short.”

With this enthusiasm for audio, it’s no surprise that Dean worked closely with the producers at Simon & Schuster Audio on the recording of his most recent book, The Rehnquist Choice: The Untold Story of the Nixon Appointment that Redefined the Supreme Court. Dean had always wanted to do a book showing the backstage details of a Supreme Court appointment. As an aide to the president, Dean was involved in the Justice Department at the White House at the time of President Nixon’s appointments, but he didn’t have access to enough material to write an authoritative piece alone. When the Nixon presidential tapes became available through the National Archives, Dean knew he had the unique trove of information he needed to do his book. “It was such a unique inside examination of the process of the nomination. It’s such a unique situation having the tapes,” he says.

As he was working on the book, Simon & Schuster approached him about an audio version. Dean the audiophile immediately said yes. “They originally wanted me to read the whole thing, but I didn’t want to do it for a couple of reasons,” he says. One, he was still working on the manuscript itself. Two, “I don’t really like authors who read their own work. They often aren’t the best of readers, and it’s sort of egomaniacal,” he says, again with the quick chuckle that marks much of his conversation.

So Simon & Schuster asked veteran reader Boyd Gaines to do the narration. Simon & Schuster also made two crucial suggestions. The first involved using edited excerpts from the Nixon tapes themselves. Dean says, “The book is actually an abridgment of the tapes. Then they abridged them even further for use in the audio. But they [S&S] realized they were taxing the listener with the quality of some of the tapes. So the voice-over with the actual conversation going on in the background works nicely.”

The second suggestion involved using Dean himself in the production. The editors had reworked Dean’s book, shifting most of it from the strictly first-person voice to third person. Then in passages where first person was the only effective choice, Dean does the reading himself.

The audio is an abridgment of the book, but not a substantial one. “When they finished,” Dean says, “I was embarrassed to see how much more tightly they edited me. The book could have been shorter.”

Then Dean mentions that the audio has a different ending than the book. In the book, Dean presents an analysis of Rehnquist’s testimony during Senate confirmation hearings and questions how truthful the nominee was. The book ends abruptly, with the phrase “He lied.” The audio, on the other hand, concludes with: “Where I had hoped to find compassion, I too often found intolerance and insensitivity.” Dean wanted it this way, knowing how listeners differ from readers. “For the listener,” Dean the listener says, “it ends the book a little more gently.”—Rich Gotshall