“Reading aloud is a way to weed out the stuff that looks okay on the page, but in fact, there’s something a little off about it. You learn how little you actually need." 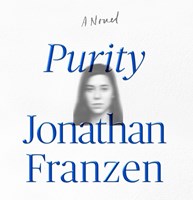 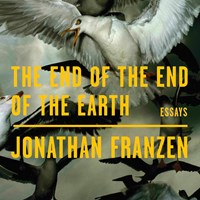 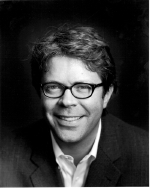 When Jonathan Franzen spent Memorial Day weekend of 2006 recording his memoir THE DISCOMFORT ZONE, he learned that “there’s a sweet two hours about four hours into it when everything is working.” Before that, your body is stiff and your voice stilted; afterward, squirming in the tiny recording booth, “you’re going ‘let me out!’” But make no mistake, he loved the experience, and is impatient to repeat it just as soon as he writes another book.

As Franzen reported during an exuberant telephone conversation with AUDIOFILE recently, he hasn’t always been so comfortable reading his own work. In fact, when his first two books were published in 1988 and 1992, he had never read any part of them out loud. Not even in the privacy of his own room. So, when “the plague of readings that we have now” struck, he was unprepared. “When my second book was published, I had a hard time trying to find something to read. There would be these passages that I really liked, but I was having to edit heavily before reading them. And indeed, frankly, I would see sentences that I would have liked to change once I had read them aloud.”

Yet this didn’t revolutionize his writing until one day in 1995 when he had to give a reading of new work. “All I had were these fragments that I’d written while trying to get a novel going. When I read one, I got this wonderful response from the audience. I felt, ‘Wow, this works!’ I didn’t know that until I read it aloud.” That fragment became the basis of his bestselling novel, THE CORRECTIONS, which was written, Franzen says, “in significant part with a view to public reading.”

The performance of his work quickly became essential to Franzen’s writing process. “Reading aloud is a way to weed out the stuff that looks okay on the page, but in fact, there’s something a little off about it. You learn how little you actually need. One thing I never do after reading stuff aloud is add material. It’s all cutting.” He also loves the performance part. “I’m a frustrated actor who got all the parts in high school plays because I could memorize.” Before recording it, he read more than half of THE DISCOMFORT ZONE to large audiences, relishing, in particular, the laughter.

That made the silence of a soundproof recording booth a bit of a shock. “There was nobody laughing,” he mourns. Even worse, “You hear yourself in the headphones and think, ‘Wow, I’m really hamming it up here.’ You feel like a doofus.” At the same time, when it came to the chapter about sex, “It was a lot easier to read it in a booth than in front of three hundred people.”

For now, Franzen is back at his desk, mulling, typing, and reading his new fragments to the four walls. One day soon, he’ll air them in front of an audience, hoping for murmured appreciation and gusts of hilarity. And then? Then he’ll go looking for those sweet two hours.--Aurelia C. Scott