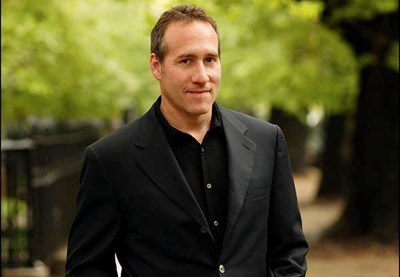 “I find myself sitting in my parking place behind my apartment ’til the scene is over. Audios are a whole different genre. When you listen, your imagination kicks into high gear.” 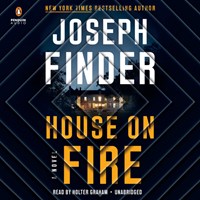 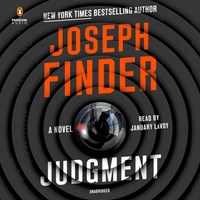 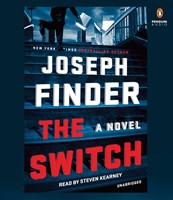 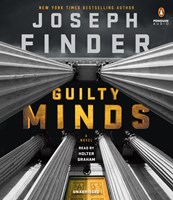 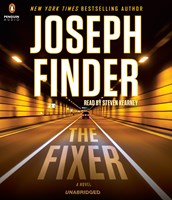 After listening to author Joseph Finder a while, you realize he has the thriller instinct. When he describes his love for writing mainstream mysteries, his voice becomes animated. “I wanted to write ever since I was about 9,” he says.

Finder attributes two early events in his life to influencing his decision to be a writer. “These events might also explain my personal liking for audiobooks,” he adds. “When I was growing up, my two brothers and I shared one room. Instead of reading us books, my dad would continually make up stories, mostly wild ghost stories, and we loved them. We looked forward to the next installments.” Finder also recalls that he and his brothers would listen to “CBS Radio Mystery Theatre” with E.G. Marshall after lights-out.

Now Finder enjoys listening to audios, especially on research trips and when traveling during book signings. “I remember one winter I had a signing in western Massachusetts, and neither I nor my publisher realized how far a drive it was until I looked it up on MapQuest. It was winter and cold, I put in a CD [he thinks it was LOST LIGHT, by one of his favorite writers, Michael Connelly], and before I knew it, I had gotten there two hours later, and I was fine with it. It made the whole trip very bearable.”

Finder says that sometimes when he arrives at his destination, he can’t leave the car. “I find myself sitting in my parking place behind my apartment ’til the scene is over.” He doesn’t believe that audiobooks have made people lazy. “Audios are a whole different genre. When you listen, your imagination kicks into high gear.”

Finder will be listening to more audios soon when he begins a 10-city tour to promote his new thriller, KILLER INSTINCT . “It’s about a sales executive at a Boston electronics firm who gets an ex-Special Forces guy a security job at his company. As bad things begin to happen to his rivals, the exec’s career advances. This plot really has two main characters,” he adds. “It’s ultimately about the clash of wills between them.”

Finder believes the choice of an audiobook narrator is very important, and he has high praise for Scott Brick, who has narrated all but one of his six books, including KILLER INSTINCT. “Scott has a special voice and manner about him. Sometimes my writing is sardonic or sarcastic, and he has a really great way of expressing irony. He has a spin in his voice that makes it work. Another one of his great strengths is that he can emulate a woman’s voice without using a phony falsetto like some readers.

“When you choose someone to narrate an audiobook, it’s not about reading a book, it’s about telling a story. But I usually don’t get involved in picking the narrator,” he continues. “I like to leave that to the experts.”

Based on Finder’s track record and Brick’s reading, it shouldn’t take an expert to guess that KILLER INSTINCT will be another hit.—Albert Holtz