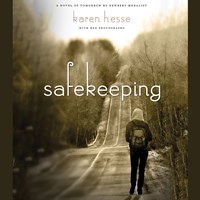 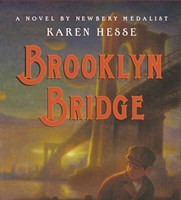 Karen Hesse, who has won a Newbery Award for children’s literature and a MacArthur Fellowship “Genius” award for her writing, conducts months of research for each of her books. When it comes to kids, she says, “How could we give any less than our best effort?

“People expect a book for children to be well researched,” she adds. “After all, many teachers use our books in the classroom.”

Lest that imply that Karen Hesse produces serious, fact-heavy tomes, be assured she doesn’t. Her novels lilt with humor, drama, and mystery, as well as facts, because grown-up Hesse writes, in part, for the child within her. “Young Karen would read anything,” she says about herself, “She’s a little more discerning these days.” Not so selective, though, that her interests have narrowed. Hesse, who decided to become a writer when she was in the fifth grade, worked as a waitress, nanny, librarian, agricultural laborer, and proof reader, among other pursuits, before publishing her first book, WISH ON A UNICORN, in 1991.

Her current novel, BROOKLYN BRIDGE, focuses on Joseph, the 14-year-old son of Rose and Morris Michtom, the Russian Jewish immigrants who created the first teddy bear. Hesse came up with the idea for the book after reading a short piece about the real-life Michtoms. “Something about this immigrant from the political bear of Russia creating a lovable child’s toy in the shape of a bear caught my attention,” she says.

Joseph is growing up in Brooklyn in 1903, a time of tumult in the country, with changing technologies and populations, and a mix of hope, struggle, and some despair. If that sounds a bit like today, it’s no accident. “One of the reasons I write historical fiction,” says Hesse, “is because the past has a way of revealing the present. In doing the research, I look, consciously, for the bits of history that will translate for readers today--history that can still be easily accessed by readers, history that has resonance with what is going on now. If we don’t remember past choices and the consequences of those choices, how can we make informed choices today?”

Hesse says that using a male protagonist stretched her writing skills. She’d only tried it once before, in the book STOWAWAY. She decided to try it again in BROOKLYN BRIDGE after a colleague told her how often children’s literature is used in the classroom. “Though many young readers are willing to identify with a female narrator, some boys feel distanced from their required school reading.” Using Joseph gave her the opportunity to connect with young male readers and, she says, “to tell the story from the point of view of the most conflicted character in the book.”

As did so many children of his era, Joseph spends a lot of time listening to adults tell stories as a way of passing on family lore. “I don’t know what sort of civilization we’d have without oral history,” says Hesse. “How many new insights I gained about life and where I came from by sitting around the table with my mother and my aunts! These are truly the jewels we inherit, these stories, these oral histories.”

That a book filled with oral history has been made into an audiobook pleases Hesse to no end. She has been a listener for several years, ever since, as she describes it, “My poor eyes demanded a much-needed respite. Audiobooks became my salvation.” Now that her eyes are better, she is still listening. “I still love--I’ve always loved--being read to.”

So what did she think of Fred Berman’s narration?