“It was the most intensively I’ve had to concentrate in years. They could hear everything—I’d be getting into a story, and they’d say ‘Stop! We heard your shirt move!’” 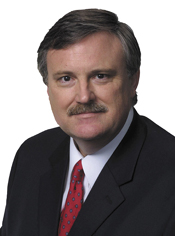 During their college years, few people write anything inspiring enough to be remembered, let alone displayed on the wall at Mother Teresa’s children’s home in Calcutta. As a 19-year-old Harvard sophomore in the late 1960s, Kent Keith wrote 10 principles aimed at prodding people into doing good, even when the world around them was crazy, critical, and unsupportive. ”It was one of three booklets I wrote for the student council movement,” Keith said from Honolulu, where he lives with his wife and three daughters and is senior vice president for development and communications at the YMCA.

Though he never forgot these principles, Keith didn’t become energized to write any more about them until 1997, when he learned they were being quoted at leadership conferences, on Web sites, and on school bulletin boards. “The trigger point was learning that they were on Mother Teresa’s wall—I decided that was about as big a message as I’m ever going to get, a sign that I ought to do something.” In 2001 his book, ANYWAY, was published by Inner Ocean in Maui and then by Penguin Putnam in February 2002.

The audio edition began life at a meeting in the New York offices of Penguin Putnam. “There were 19 Penguin Putnam officials in that room; we walked in and wondered who could they be meeting with, and it turned out to be us!” It was a great fit from the start because the publisher’s president, Susan Peterson Kennedy, had been searching for the author of the Paradoxical Commandments and had even written to Mother Teresa’s Missionaries of Charity. ”She got a letter back saying, ‘They’re on the wall, but we don’t know where they came from, don’t know who wrote them.’”

Shortly after the New York meeting, Keith heard that Penguin Putnam wanted the author to narrate the audio. (“I figured out later that they had been listening to my voice to see if they liked it.”) An audio producer booked time at a recording studio nestled in one of Maui’s beautiful valleys. “It was the most intensively I’ve had to concentrate in years. They could hear everything—I’d be getting into a story, and they’d say ‘Stop! We heard your shirt move!’”

Has the resurfacing of the Paradoxical Commandments changed Keith’s life? “It’s just wonderful, like a hobby that’s become this very fulfilling activity. It’s a couple hours a day of e-mail, messages, and preparation, giving talks and that sort of thing. I try to balance that with my regular job and my family. I feel like I’m part of a growing network of kindred spirits. It’s just a huge blessing that fell out of the sky, creating a whole new dimension that’s enriched my life.”—Thomas Walken