“I’m a storyteller. They keep coming and coming, and I keep writing. I once did 14 books in a single calendar year. I love telling stories.” 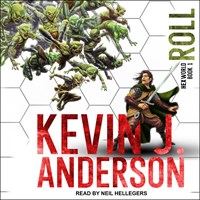 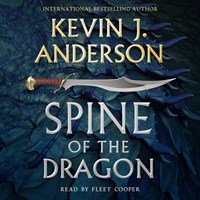 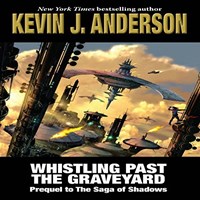 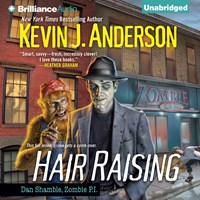 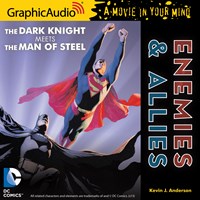 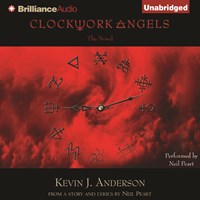 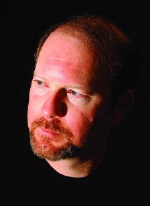 With over 90 books to his name, Colorado-based sci-fi scribe Kevin Anderson is a self-described write-a-holic. “I’m a storyteller. They keep coming and coming, and I keep writing. I once did 14 books in a single calendar year. I love telling stories.”

Anderson’s books have included novels set in the Star Wars and X-Files universes. He has scripted comic books for both Marvel and DC. And he was asked by the estate of Frank Herbert to continue the popular Dune saga, together with Herbert’s son, Brian Herbert. In addition, Anderson has a successful space opera of his own, the Saga of the Seven Suns series.

“I’ve been listening to audiobooks for 20-something years. I discovered them in the library. At that time, the selection was abysmal. So I ended up listening to books that I would never have picked up otherwise. The ironic thing is I’ve become a devoted fan of Tony Hillerman’s mysteries. And the only way I would have read those is because they were in the library. I’m so committed to listening to the Tony Hillermans that nothing else will do. And it has to be George Guidall reading it.

“I’m a slow reader. It takes me a month to read a novel. So I enjoy being able to fold an extra book into my reading schedule, whether it’s the new Dean Koontz or Brad Meltzer or James Patterson. I’ve listened to every single Harry Potter book. I don’t think I would enjoy a Harry Potter book unless Jim Dale were reading it.”

Anderson composes his books by dictating into a tape recorder, which he takes with him on frequent hikes. “There’s nothing I like more than writing except maybe hiking. If I take my tape recorder and go out hiking, I’m fulfilling both my needs. As I’m hiking, my brain absorbs all the details—the smells and sounds and the spectacular landscape—while creating alien landscapes. I’ve written chapters set on desert planets while climbing the sand dunes in Death Valley. I’ve written scenes set on frozen landscapes while trudging along in snowshoes, crunching the snow, smelling the crisp metallic bite of the mountain air.”

Writing this way helps promote a style that adapts well to audio. “Scott Brick has told me that my books are very easy to read because the sentences come out as if someone had spoken them, which is true because I did.”

What’s on the horizon for Kevin Anderson? “I’m working on another four Dune books with Brian Herbert. I just sold a contract for three more Saga of the Seven Suns novels. My wife and I are doing a young adult series for Little Brown. Dean Koontz and I have FRANKENSTEIN: PRODIGAL SON, which will come out in abridged and unabridged. I have one coming out in the spring called THE MARTIAN WAR, about young H.G. Wells going to Mars to stop the War of the Worlds.”—Steven Steinbock