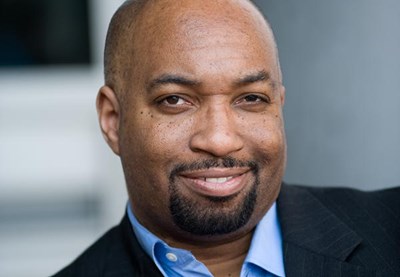 “Good poetry--the kind that connects and resonates with readers and listeners--is work that stands on the page and on the stage.” 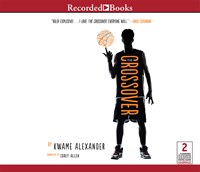 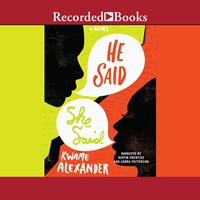 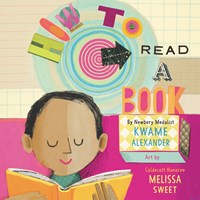 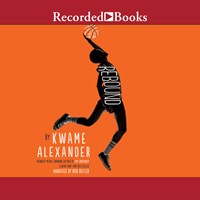 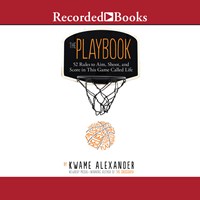 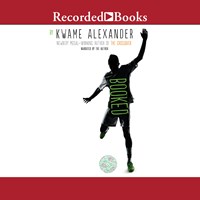 Josh Bell, the narrator of Kwame Alexander’s novel THE CROSSOVER, defines it as “a basketball move in which a player dribbles the ball quickly from one hand to the other.” This move, sudden and surprising, also describes the book’s dramatic change in success.

One would think a middle-grade novel that merges sports, poetry, and a plot that moves as quickly as a fast break wouldn’t be hard to sell. “Hard is an understatement,” says the author, whose book has been blurbed by every children’s poet of note and received five starred reviews. A couple of editors at big-name publishing houses who rejected the book have even called: “to congratulate me and semi-apologize.”

Crossover is a theme that Alexander’s story slam dunks more than once. His book dramatizes quick changes not just in basketball, but in adolescence, competition, family love, life, and death. “I knew consciously of maybe two of the crossovers when I wrote the book, but from reviewers and readers I’ve heard of three or four more that I wasn’t really aware of.”

The sudden surprise of crossovers is there in style as well. Alexander changes pacing and mood frequently, creating continual musical counterpoints in the poems’ arrangement. One describes action on the court with vibrant verbs that whip along. Soon follows a shorter, more thoughtful poem that gives readers pause.

Perhaps this is less surprising when one hears that all Alexander’s poems begin orally. “What you see on the page in terms of punctuation and formatting and layout of the poems is representative of how they sound,” says Alexander. Hearing words aloud is basic to his creative process. He reads aloud to himself and his wife and recently read to other writers on a retreat in Tuscany. “Good poetry--the kind that connects and resonates with readers and listeners--is work that stands on the page and on the stage.”

Alexander is no stranger to either. The author of 17 books, he’s been visiting schools for 20 years, most recently leading dynamic writing workshops and coaching children along every step as they publish with his “Book In A Day” program. In 69 schools across the U.S., Canada, and the Caribbean, he begins by inspiring students to write “poetry that behaves, as opposed to poetry that doesn’t act right.”

When Alexander listens to other writers, his tastes cross genres--from the suspense of Dean Koontz and John Grisham to the spirituality of Deepak Chopra audiobooks. And, of course, he listens to lots of poetry, including the work of his teacher and mentor, Nikki Giovanni, and the poems of Li-Young Lee.

In THE CROSSOVER, Alexander’s awareness of sound is clear in his characters’ lyrical dialogues. Trash talk on the court yields quickly to tender, quiet moments. The voices of Josh’s loving parents form a distinctive balance. His father speaks with verve and humor; his mother’s dialogue is quieter, more controlled.

The book has brought Alexander himself several surprises. One of those occurred as he wrote the startling ending. “I cried as I wrote it; I still do when I read it. It wrote itself into the book; it wasn’t part of the plan.” Until the book’s publication he didn’t realize he’d gone from visiting his father in the hospital after his heart attacks to a nearby café where he wrote.

This book has the power to help people cross over into new emotional territory. Kwame Alexander’s father never read the first 16 books he wrote. “He wasn’t too interested in poetry, but he called me the night after he received The Crossover and wanted to talk about it. He loved it!”--Susie Wilde