“Audiobooks fill a void in avid readers’ lives. I’m so appreciative to have my books available on audio. It helps me reach so many I’d never reach otherwise.” 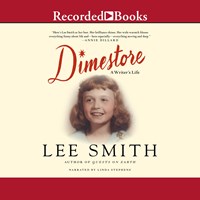 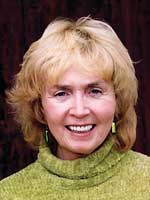 Although award-winning author Lee Smith doesn’t write specifically for audio productions, listeners probably don’t believe that. It’s not surprising that her
novels sparkle when recorded because auditory elements are crucial to her process.

Smith likens her writing method to her childhood filled with storytelling on front porches in southwest Virginia. “When I’m at my desk writing, everything comes to me in human voice,” says Smith, who now is a North Carolina resident. “It’s like I’m taking dictation.” She says the audio format is ideal for her latest work, ON AGATE HILL. “It’s a ballad, very much spoken and sung.”

Although Smith is a huge audio fan, she can’t listen to her own books. “My hands are itching for my red pencil,” she says of revisiting her work in print or on audio. But she has listened enough to give her stamp of approval to the recorded versions. “I’m always surprised and so pleased with the narrators and their work. The narrators act, but not too much—it’s a very tricky thing.”

Since her books are set in the South, audio performances of Smith’s works demand genuine accents. Though she has been delighted with the narrators chosen for her novels, she says fellow authors have been distraught to hear poor executions of regional accents. “It’s a dangerous thing with Southern books or books that demand any accent.”

Today’s hectic lifestyles make audio an absolute necessity, she believes. She enjoys listening while gardening, driving, and preparing complex recipes. Smith’s daughter-in-law puts on an audiobook while nursing her newborn. Retirement home residents benefit from Smith’s passion as she shares her extra copies there. “Audiobooks fill a void in avid readers’ lives. I’m so appreciative to have my books available on audio. It helps me reach so many I’d never reach otherwise.”

Smith enjoys listening to genres such as biography, travel, and mysteries. “I’m a mystery fiction nut,” she says. “I need something with a strong plot for driving since I’m doing two things at once.” But some works, she says, simply must be devoured in print. “Some novels I need to hold in my hand.” She finds that certain literary styles and even typography carry weight that doesn’t necessarily transfer to audio. “It’d be a shame not to see Faulkner on the page.”

With ON AGATE HILL completed, Smith now is focusing on short stories and a special project with friend and fellow North Carolina novelist Jill McCorkle. The pair are reviving their musical production, GOOD OL’ GIRLS, which incorporates the women’s memorable female protagonists, along with songs by Matraca Berg and Marshall Chapman.

“Audio really is wonderful for allowing reading in our busy lives,” Smith says. “Some of us are crazy for words.”—Jenan Jones Benson