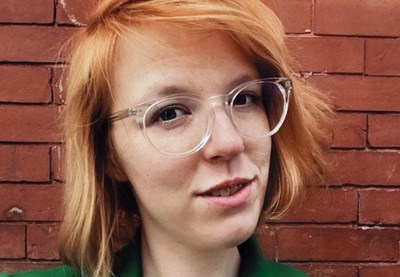 “So much of my reading as a kid--so much of my foundational experience with books--was through audiobooks." 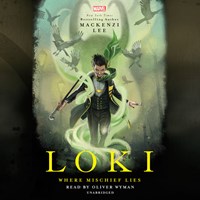 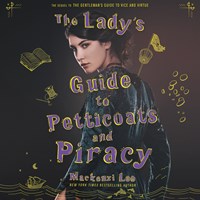 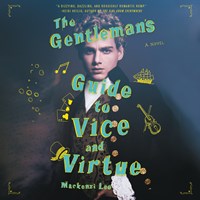 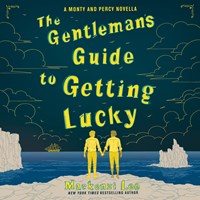 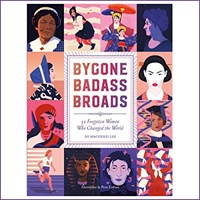 Mackenzi Lee has had a long-standing love of audiobooks, since the days she and her sister carried competing boom boxes around the house blasting books on cassettes. So it’s no surprise that she’s the author behind three outstanding audiobook adventures. “So much of my reading as a kid--so much of my foundational experience with books--was through audiobooks,” she says.

Lee writes young adult works, though plenty of older readers are enthusiastic about her engaging and inclusive stories. “I’m drawn to writing YA in part because it leaves a lot of room for genre-bending and for doing unorthodox things.” What she calls her “tropey adventure novels” are part historical fiction, part romance, and part delightful fantasy. Writing YA fiction also allows her to make “very immediate and real” her feelings of not having adulthood all figured out. She admits that she feels like she’s always coming of age herself, making her books all the more relatable.

Lee’s enthusiasm for audiobooks is as infectious as her laughter. She loves to talk about her books with listeners, particularly about actor Christian Coulson’s recording of her eighteenth- century adventure story THE GENTLEMAN’S GUIDE TO VICE AND VIRTUE. “I’ve been telling people for so long that the audiobook is the best version of that book that exists. He added a level of performance on top of my work. I always steer people there.” At an early reading, when Coulson performed a particularly steamy section of THE GENTLEMAN’S GUIDE, Lee realized why he portrays the over-the-top Monty so well: “They’re both such sassy rascals!”

She says she lucked out on Coulson’s narration and loved having another favorite narrator, Moira Quirk, narrate the recently published sequel, THE LADY’S GUIDE TO PETTICOATS AND PIRACY. Lee’s own background as an audiobook listener has helped when casting her audiobooks. The late Katherine Kellgren narrated one of her all-time favorite series, the Jacky Faber books. “They are these great historical adventure novels with this very spunky young woman, and they share a lot of DNA with THE GENTLEMAN’S GUIDE.” Quite literally--when working on casting her audiobooks, she told her publishers that she wanted somebody as invested in her work and characters as Kellgren was for the Bloody Jack series.

Her books are rooted in historical research, whether for her fiction or for BYGONE BADASS BROADS, which tells the stories of 52 remarkable women from history who had been forgotten. As a history student, Lee was frustrated by the dominance of “white, straight males” in her general education courses. Once she started researching on her own, she discovered “all these stories of women and queer people and people of color that were just beneath the surface.” Her drive to share these stories forms the backbone of her writing. “I so badly want readers, especially queer readers, to know people like them have always existed, and have survived and had lives with people they love. The queer experience in history is as varied and different and vast as it is today.”

Lee loves hearing from enthusiastic readers in schools with full-on displays celebrating LGBTQ+ history, as well as readers from schools in the Deep South where librarians have secret shelves for her books to prevent parents censoring students’ reading. “Hearing stories of how resilient these teenagers are and how hard they’re working to get these stories and how important they are to them is so meaningful to me as a writer.” Lee hopes to help expand our understandings of who made history, and to “never let another generation pass by that doesn’t have these stories of minority experiences as part of their historical canon.”

Her writing was encouraged by her childhood librarian, Janell Matthews. Not only did Matthews turn her on to “a diet of plucky young women in historical fiction” through years of thoughtful recommendations, she also encouraged Lee as a writer, giving thoughtful feedback for novels Lee penned in sparkly pink notebooks as a 10-year-old. Lee describes watching Matthews pre-order her first book, THIS MONSTROUS THING, as “one of those moments that will always be so precious to me for forever,” especially given that Matthews passed away last year. “I feel like I exist as a person because of her,” Lee says. “She really formed the foundation of my character. Thinking that I could be that for someone else though my books is just mind blowing--and a very lucky position to be in.”--Emily Connelly