“I learned a lot from playwriting. Playwriting teaches you about storytelling. About having beginnings, middles, and ends. About setting scenes, about developing characters, which are very important to me. And about dialogue.” 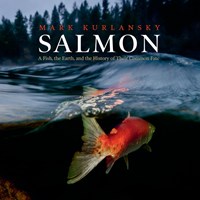 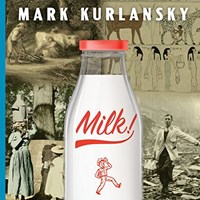 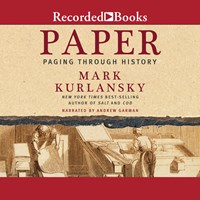 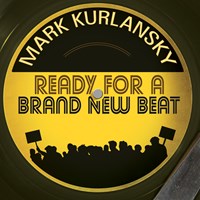 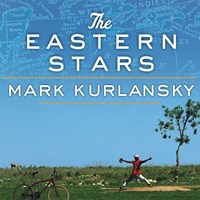 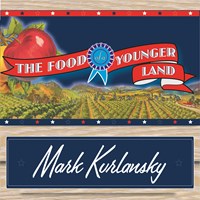 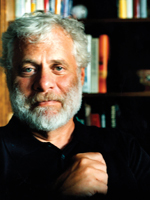 With a bestseller explaining how table salt helped shape civilization and an award winner that shows the role of the oyster in the development of New York City, journalist Mark Kurlansky has a talent for helping readers--and listeners--to see the world and the foods we eat in new ways. His far-reaching books have included THE LAST FISH TALE, about the culture of an English fishing village; 1968: THE YEAR THAT ROCKED THE WORLD, in which he examines the 12 months following the Summer of Love; and THE BASQUE HISTORY OF THE WORLD, about a unique and ancient culture that struggles to keep its place in the world. His one novel, BOOGALOO ON 2ND AVENUE, is a humorous snapshot of food, guilt, and ethnic diversity in the East Village.

For his seventeenth book, THE FOOD OF A YOUNGER LAND, Kurlansky sifted through reams of Depression-era essays about food that he discovered in the Library of Congress. As part of the Works Progress Administration (WPA) of Franklin Delano Roosevelt, 3,500 out-of-work writers were enlisted to write essays about regional food for the America Eats project. When Pearl Harbor was attacked in 1941, the project was scrapped, and the manuscripts remained buried until Kurlansky edited and annotated this collection.

When Kurlansky graduated from Butler University with a degree in theater, he didn’t realize that he would wind up as a nonfiction writer, let alone that food would hold such a prominent place in his writing. But his background in theater would give him unique experience that would indirectly serve to make his books readily adaptable to audio. “I started as a playwright,” he says. “I’m very familiar with this idea of actors saying my words. And I like it.

“I learned a lot from playwriting,” he adds. “Particularly in my fiction, but even in my nonfiction. Playwriting teaches you about storytelling. About having beginnings, middles, and ends. About setting scenes, about developing characters, which are very important to me. And about dialogue.”

Whether describing the impact of oyster farming on the New York economy, the history of the Basques, or the re-emergence of European Jewry, Kurlansky tells his stories with poetic grace. “Rhythm is very important. I don’t deal with it on a conscious level, but I know that if I relax and write, I find the rhythm. I never have music on while I’m writing because that would superimpose someone else’s rhythm.”

Does Kurlansky listen to audiobooks? “The thing about audiobooks is that most people who listen to them listen to them in their cars,” he says. “I live in New York City.” But the idea of spoken word is a fascinating one to Kurlansky. He shared some observations about adaptations of several of his books. For BOOGALOO ON 2ND AVENUE, he says, “It was quite a challenging book to do as an audiobook because there’s a lot of dialogue, and people of all ages. There’s a lot of Spanish and a lot of Yiddish. The narrator, George Guidall, actually called me with some questions.” About CHOICE CUTS, read by multiple narrators, he observes that “the unusual and fun thing about this book is that it has a few hundred different voices. And they really are different. You read one thing, and you go to the next and you really have a profound sense of a totally different voice.”--Steven E. Steinbock