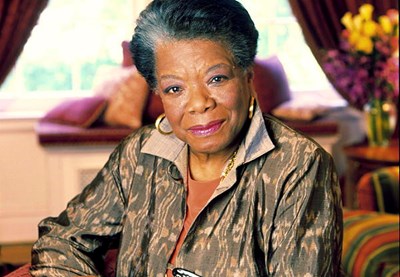 "In every sense of the words, Maya Angelou is one of the great voices of contemporary literature." 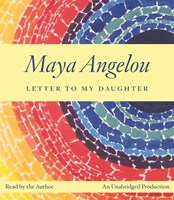 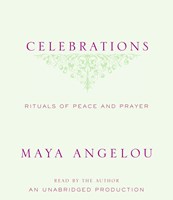 2009 Best Voice in AUTHOR-READERS: Letter to my Daughter

In every sense of the words, Maya Angelou is one of the great voices of contemporary literature. A remarkable Renaissance woman, she’s a poet, educator, historian, bestselling author of more than a dozen books, actress, playwright, civil rights activist, producer, director, and audiobook narrator. Angelou’s most recent book, HALLELUJAH , is an intimate and extraordinary journey through the author’s extraordinary life, using food as the featured player in her stories.

She explains this delectable combination by saying, "I’ve been asked for 10 years to write a cookbook, but I knew I couldn’t do that. So I really thought about food and its capability of being used to do all sorts of things, to put people at ease, to court, to flirt, to invent a climate, so that warring factions can come together all over the world, in every culture, from Eskimo to Estonian.

"I thought of other stories after I’d finished the book. But it was enough. And it had been so tedious and onerous a job—I had to hire a chef to come in and measure things for me! As a rule, I don’t do that. I know what a cup of flour looks like in a bowl. But in order to do a cookbook, you have to get exact measures. At the end, I called my family and friends and said, ‘If you ever hear me talk about writing another book like this, find me wherever I am, Tierra del Fuego or the Easter Islands, grab me by the lapels, and ask me, ‘Are you crazy'"

Narrating her stories on audiotape, says the triple Grammy award winner, adds a special intimacy to the story. "In telling it, I’m really back there. In Paris at Fouget’s restaurant. With all the aromas and the perfume of the women. I had to see the restaurant to bring the listener into that room. And it wasn’t until reading the story aloud that I remembered that the Aga Khan had been there that night."

Angelou uses her audiobooks as gifts to people, family, and friends, especially those who have trouble holding books or are blind. "It’s a good way to stay in touch." As for a sequel to HALLELUJAH, she at first resisted the idea. But now that the book is out, she admits to having thought of other stories with food as the focus. If she remembers a substantial number of stories, she plans to write another book this year. She laughs as she says, "I’ll have to get over my fear of measuring cups and spoons."—M. Tracy Brigden