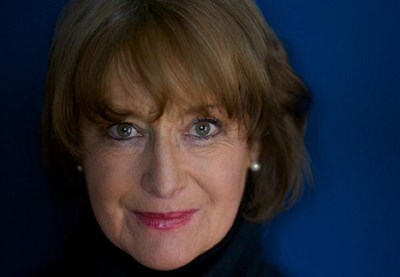 “I set out to write books where everyone is interesting and where lines are blurred so that however bad the perpetrators might be, there will always be some redeeming features about them.” 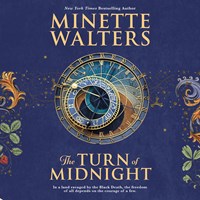 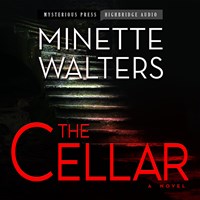 A few years ago, British suspense novelist Minette Walters packed up the audio versions of all her books and sent them to the woman who had been headmistress of her childhood boarding school. “I got this sweet letter in reply.” Transforming her naturally exuberant tone into the precise diction of a 99-year-old retired schoolteacher, Walters recites the words from memory: “Dear Minette, I have listened with great interest to your books on audio. I couldn’t believe it; they are very imaginative. But I was a little concerned about the language. You used to be such a nice girl.”

Walters peels off into a fit of laughter as she finishes this story. It is clear that the critically acclaimed author is refreshingly self-deprecating and resoundingly nice. And yet, leaving aside concerns about naughty language, her novels often do touch on the dark side of the human psyche. Her most recent, THE DEVIL’S FEATHER, explores the repercussions of torture and abuse. It was inspired by a trip to Sierra Leone with Doctors Without Borders. She found a chaotic country with a nonexistent infrastructure.

“There was no authority as we would recognize it. I was interested in how easy it would be for a murderer to operate in that environment. In order to avoid capture, he would only have to move to the next area of conflict.” Walters returned from the trip to read articles about the messy war in Iraq, and as she says, “You put all those things together and you have a story.”

A story full of complex characters, psychological tension, and physical drama is signature Walters, and not at all what one might expect from someone who once wrote romantic fiction. Walters began her career as editor of a romance magazine. When she couldn’t find enough good copy—“We used to get manuscripts that had two people talking to each other for 30,000 words!”—she wrote a prototype to share with potential contributors. Thirty-four novellas followed. “I used to write them at nighttime. It was fantastic practice. Writing is a craft. You have to learn how to do it. The more practice you put in, the better you get. And writing thirty-five novellas is certainly good practice!”

All stories, she says, need a good plot and intriguing characters. “From the beginning, I set out to write books where everyone is interesting and where lines are blurred so that however bad the perpetrators might be, there will always be some redeeming features about them.” When the perpetrator is revealed, she hopes that there is a sense of oh my god, not that one. “Because that’s the truth of people,” she explains. Everyone has elements of good and bad. “When people snap, it’s always shocking to those around them. Think of the number of times when murderers are caught and their neighbors say, ‘It never occurred to me.’”

While her characters comprise the heroes and horrors inside all of us, Walters’s plots are found in the imagined subtext of headlines and news reports. (Walters loves radio and television news, particularly the 24-hour news channel.) For instance, she offers, what if a young man is accused of murder and all the evidence demonstrates that he must be guilty, yet his mother comes in and gives him an alibi. “The question for me would be, ‘Why did she do that?’ It might be blind love; she might be afraid of him; she might need him . . .” Walters pauses in thought. “You see, the headline that catches my attention might be drab—‘Mother Convicted of Perjury Over Alibi for Son’—but it starts me thinking. And one of those ideas might turn into a story.”—Aurelia C. Scott