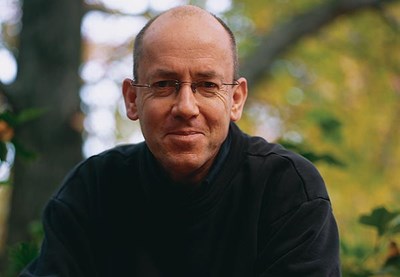 “As adults, we sometimes make the mistake of assuming that, because children are physically small, their internal worlds are small, as well. And that, of course, isn’t the case.” 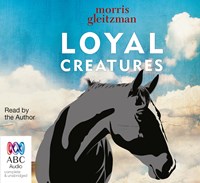 Morris Gleitzman’s children’s stories are among the most widely read and loved in Australia. Armed with a vivid imagination and a clear sense of his younger self, Gleitzman is known for his ability to make readers care about what happens to his characters. Explaining what he looks for in a story, he says, “I’m attracted to a story that’s about something very deep for a small character. Something that involves big emotions, big fears, which, to an adult, might not seem important.” He continues, “As adults, we sometimes make the mistake of assuming that, because children are physically small, their internal worlds are small, as well. And that, of course, isn’t the case.”

No matter how quirky or unconventional the situation, Gleitzman tries to keep the humanity in all the characters he writes. “That’s one of the important functions of stories,” he says. Gleitzman believes that humor is an invaluable tool in his storytelling. “The chance to explore deeper connections between youngsters, their friends, or the adults in their lives is heightened through comic exaggeration of some of the universal experiences.”

While he admires the talents of professional readers, Gleitzman also enjoys narrating his own audiobooks. “When I write,” he says, “I try to stay in touch with the internal world of the main character.” The voice of the main character is also present in his imagination throughout his writing process. “That sort of emotional journey through the book helps me with my narration. Even though I don’t have many learned techniques of performance, staying connected to those emotions helps me read the story in the right way.”

Gleitzman listens to audiobooks, as well. “They’re incredibly useful for those times when I can’t have an actual book in my hand.” He may start listening to an audiobook in the car or in the kitchen when he’s cooking. “But once I really get into the story, then I want to stop doing other stuff and sit down and be drawn into the story by the narrator’s voice.”

In discussing his current project, Gleitzman says, “I’ve become particularly interested in how children sometimes get forgotten in the large sweep of history as big, difficult problems grip the world.” He is currently preparing to write about a group of Jewish children in Poland during WWII. Through his writing, Gleitzman hopes to make the experience of the past more real for today’s youngsters. “One of the things stories can do very successfully is to remind us that, for people in history, each day was as modern and immediate as it is for us.”—S.J. Henschel