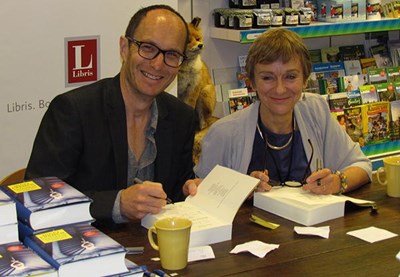 “We’re always interested when our books are recorded because novels aren’t just for reading , they’re also for reading aloud. In that sense, audiobooks are a kind of primal experience.” 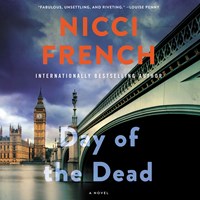 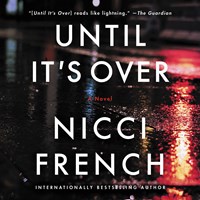 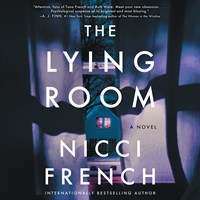 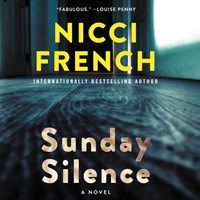 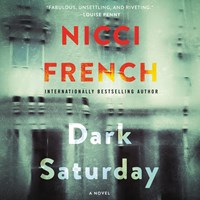 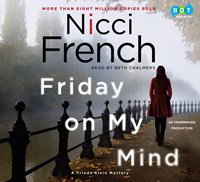 In most of their novels, the husband and wife duo of Nicci Gerrard and Sean French (alias Nicci French) entertains readers with clever, suspenseful tales of damsels in distress. Awful things seem to happen to the nicest women. “A lot of our heroines,” Nicci Gerrard explains to AUDIOFILE, “don’t want to be in the thriller they’re in. They really want to be in a romance novel.”

But that’s changed with heroine Holly Krauss, the reckless businesswoman at the center of CATCH ME WHEN I FALL , their most recent collaboration. “Holly is not lovable,” Gerrard says. “Holly is different. She’s a woman at risk from herself.”

Husband Sean French adds, “We wanted to show readers what it’s like to be with a person who’s bipolar. Holly can be kind of attractive. Yet she does things so terrible that they put all your loyalty to the test.”

Married for 15 years, Gerrard and French live a quiet life with their four children north of London. So where do they get the material that propels so many of their heroines into suspense-filled terror? Part of it comes from what French calls, the couple’s “shared sense of the fragility of ordinary life.” “We have a very lucky life,” he says, “but every life is a just few steps away from some choice you might make or something that might happen to you. A happy life can be so terribly close to a disastered life.”

The popularity of their work has led to numerous Nicci French films and TV versions. James Ellroy is currently adapting their novel LAND OF THE LIVING for the big screen. Are they comfortable with these derivative works? “It’s a privilege when someone remakes your work,” says Gerrard, “and you hope that it turns out all right. We know how to write novels, but we don’t know how to do these other things, so we hope that the people who take them up will treat them well.”

Despite the global popularity of the Nicci French novels, each spouse maintains a separate writing career. French has written several biographies and novels, and Gerrard recently published THINGS WE KNEW WERE THERE, a novel centering on two sisters growing up in the 1970s.

Both writers are intimately familiar with the world of audiobooks. Says French, “When I listen to American novels, or works by Joyce or Beckett, I think, that’s what the accent should be, that’s the tone. That’s something you wouldn’t get when you read it yourself.”

Even the couple’s children have ideas about audiobook publishing. “Our youngest daughter is dyslexic,” says Gerrard, “and an avid audiobook fan. She’s positive that audiobooks and printed books should come out simultaneously, and when she gets older and she writes books, she’s going to insist that her publisher do simultaneous publication.”

Adds French, “We’re always particularly interested when our books are recorded because novels aren’t just for reading . . . they’re also for reading aloud. In that sense, audiobooks are a kind of primal experience.”—Richard Stim