“The great attraction of mystery fiction, is that there’s a real story there. It’s what makes mysteries popular on audio, as well." 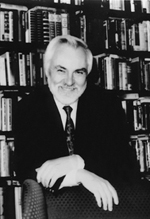 Otto Penzler, mystery “expert,” founder of the Mysterious Press, The Mysterious Bookshop, and editor of many mystery anthologies, has initiated a captivating, new series of original—SOUNDS LIKE MURDER. Penzler commissioned six novellas—”original mysteries”—with the idea that they would be recorded. (The collection will be published in print this fall, but only in the U.K.) “The great attraction of mystery fiction,” says Penzler “is that there’s a real story there.” It’s what makes mysteries popular on audio, as well. Each of the Sounds Like Murder stories is two hours long. “Short story collections do well on audio because of their modest length—hear the complete story.”

In creating this anthology designed specifically for audio, Penzler comments “We really didn’t know who the audience would be, so the series doesn’t have a single focus.” The authors are roughly divided between men and women, Americans and Brits; the stories are both hard-boiled and soft-boiled mystery fiction. “The major criterion was that each writer had to be a really good storyteller,” Penzler told AudioFile. The big names, like Ed McBain, may draw listeners to the series, but once they’re interested in the programs, they’ll discover Steven Solomita or Ian Rankin.

Several of Penzler’s print anthologies were subsequently recorded. In the four volumes of GREATEST MYSTERIES OF ALL TIME (Dove Audio), a cross section of authors and stories is collected into four cassettes.” If you come to collections with an open mind, anthology works well,” says Penzler. The authors responded positively to the idea of audio originals opening up a venue for stories that’s been neglected since the era of mystery radio shows.