"MacLachlan will listen to her own books when she has trouble writing. 'When I’m stuck, I’ll listen to one of my stories and say, ‘That’s the way it’s supposed to go.’" 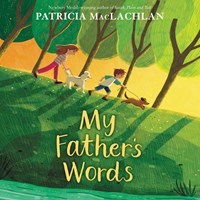 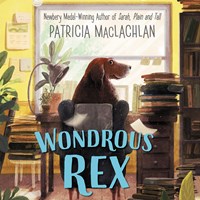 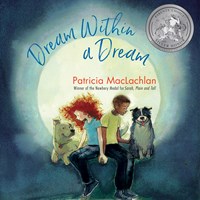 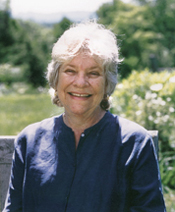 Patricia MacLachlan carries around a sack of prairie dirt with her wherever she goes. “It keeps me centered and reminds me where I began, and why I write,” says MacLachlan, author of SARAH, PLAIN AND TALL, SKYLARK, and her newest sequel, CALEB’S STORY. Glenn Close performs each of the audiobooks in the saga, and MacLachlan couldn’t be more pleased. In fact, MacLachlan will listen to her own books when she has trouble writing. “When I’m stuck,” she says, “I’ll listen to one of my stories and say, ‘That’s the way it’s supposed to go.’ Sometimes I can’t picture Sarah without thinking about Glenn; she brings her life into the performance.”

When Close first began recording SARAH, PLAIN AND TALL, she invited MacLachlan to the recording studio to listen. She wanted to know she was getting it right. From the first meeting, MacLachlan and Close became friends. MacLachlan says, “It was incredibly generous of her to do that. When I was in the recording booth, and first heard her reading, I burst into tears.” She is intrigued by how Close will emphasize things that she wouldn’t, but she says of her work, “It doesn’t belong to me anymore; it belongs to the reader.” She also says of Close, “She’s wonderful and intelligent; she reveres books, especially children’s books; they’re important to her.”

CALEB’S STORY, MacLachlan’s newest release, is keeping her busy traveling, interviewing, and visiting schools. When she’s in the car, she listens to audio-books. She especially likes books read by the author. One of her favorites is E.B. White reading CHARLOTTE’S WEB. She says, “You can almost see him writing as you listen.” But MacLachlan has no desire to record her own books. “I write them,” she says, “I read aloud at conferences, and Natalie Babbitt told me once to slow down. I’m getting better at it but will not record.” She also likes to listen to short stories and novels and is currently listening to BEL CANTO by Ann Patchett. “It’s great. I love Southern writers, and I like her writing style and grace.”

About audiobooks in general MacLachlan says, “Books define who we are. Audiobooks bring books to people who might not have them. They are the voice in your ear. Stories were told well before the written word. Words are very inspiring. I’m always waiting to hear wonderful words.”—Denise Marchionda