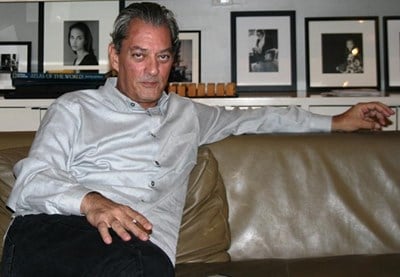 “I’m fascinated by the mechanics of reality. I explore it in my fiction, but also in life. So many unusual things have happened to me for so long." 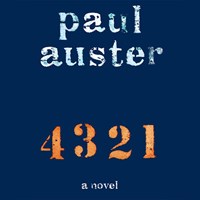 When author Paul Auster asked National Public Radio listeners to submit their personal stories to “Weekend All Things Considered,” he had no idea that he would soon be awash in manuscripts.

“We’ll call it the National Story Project,” he announced during his first Weekend ATC broadcast in September 1999. “We want anecdotes that reveal the mysterious and unknowable forces at work in our lives, in our family histories, in our minds and bodies, in our souls.” In other words, said Auster, “I want true stories that sound like fiction.”

More than 5,000 listeners responded over the next two years. For 20 minutes every month, Auster read some of the stories on the air. Yet, 20 minutes 12 times a year could hardly contain the blizzard of words that engulfed Auster’s living room. “Things poured in from all over the country,” says Auster. “There was so much good material that within six months, I began forming the idea for an anthology.”

The result is I Thought My Father Was God: And Other True Tales from NPR’s National Story Project, published in both audio and print in 2001.“I think they work both ways,” says Auster. “On the page and in the ear. Yet it was particularly important to me to have an audiobook because the origin of the project was audio.”

Although Auster had grown used to recording the stories for NPR, he says that “the process of making the audiobook was, as some people say, ‘a job of work.’ Sitting in the studio and just reading and reading and reading. You see,” he explains, “like everybody else, I don’t like the sound of my voice very much.” Auster has never forgotten the comment of a seventh- grade English teacher who said that he had “a most unpleasant voice” and recommended that he never take a job that required him to use it. So much for mistaken English teachers.

Many of the stories in the anthology explore the opposing ideas of fate and chance—as does much of Auster’s own writing. “I’m fascinated by the mechanics of reality. I explore it in my fiction, but also in life. So many unusual things have happened to me for so long. In part, I wanted to use the National Story Project to see if other people had experienced reality in the way I had. And I’m happy to report that I’m not the only one. Unpredictableness is rushing in on us at all times.”

The National Story Project also emphasized the dignity of the average American’s daily life, which is not celebrated in a television culture driven by celebrities, gossip, and outright idiocy.

“This project was a way to validate the lives of ordinary people, which as we all know, are always extraordinary. Nobody is ordinary. We all live with the same passions and ferocious attachments inside ourselves. ‘If I am feeling it, you are probably feeling it too’—we have forgotten that. Again and again, contributors would write in and say ‘thank you.’ ‘Thank you for letting the people be heard.’”—Aurelia C. Scott